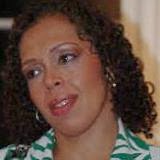 For the third installment of the 15 Minutes With series, I’m very thrilled to introduce to you to Elizabeth K Mahon. Elizabeth has always been interested in women’s history. Her passion has led her to create a blog and a book, both called Scandalous Women, dedidcated to “history’s most fascinating and flagrant women.” To find out more about her, read on:

1. If you could live in any era of history, what would it be, and why?
I used to think that if I could chose an era to live in, it would be the Victoria era, but I’m a huge fan of the 1920’s. Women in the United States received the vote in 1920, it was the era of the flapper, jazz, silent films. I adore the clothes, although they would look horrible on me, but great designers like Chanel and Vionnet were designing.. It was an era when women really began to break free of the repression and restrictions of the previous era. Bobbing their hair, wearing make-up in public, short skirts. The United States had just come out of WWI, during which women had entered the work force in great numbers, to help free up the men to fight. Once the war was over, many of them were reluctant to go back to the status quo. More and more women were also attending college. There was a great flowering of literature and art during the 1920’s, experimentation with form. The 1920’s also was the era when we have the start of the consumer culture. Of course, there are some things in the twenties, I can live without, namely segregation!

2. If you could invite three people, dead or alive, to dinner, who would you invite, and why?
That’s a hard question, because there are so many fascinating women, I would want to invite to dinner. I would have to say Anne Boleyn, Anne of Cleves, and Catherine Parr, if only I could find out from the horse’s mouth, what it was really like to be married to Henry VIII.

3. Three books everyone should read?
The Diary of Anne Frank, Uncle Tom’s Cabin by Harriet Beecher Stowe, and I, Claudius by Robert Graves

5. What are you watching on TV?
I just finished watching the second series of Mr. Selfridge on PBS. I have to say that I’m much more interested in the people who work for Selfridge than the man himself. I don’t know if that’s because of Jeremy Piven or the writing. The costumes are gorgeous however.

6. What’s the soundtrack of your life?
That’s another really hard but great question. I’m a total ‘80’s chick, so I would have to say any song from that era. “Holding out for a Hero” by Bonnie Tyler, “Alone” by Heart are two of my favorite songs.

7. What’s your favorite holiday, destination and why?
London! What’s that famous Samuel Johnson quote that if an Englishman is tired of London, he is tired of life? I’ve never grown tired of London. The museums, the architecture, the theatre, and now the food. I went there for the first time when I was 16, and I’ve been lucky enough to spend a semester abroad there in college, and also to study drama there. I try to go every year if I can.

8. What inspires you?
All the amazing and fascinating women that I am lucky enough to get to write about. Every time I turn around, I find yet another incredible woman that not many people have heard about. I enjoy celebrating the accomplishments and the lives of women throughout history.

9. One thing on your bucket list?
I’m dying to visit Australia. I blame Colleen McCullough and The Thorn Birds.

10. Something about you that would surprise us?
I’ve been studying International Latin ballroom for several years.