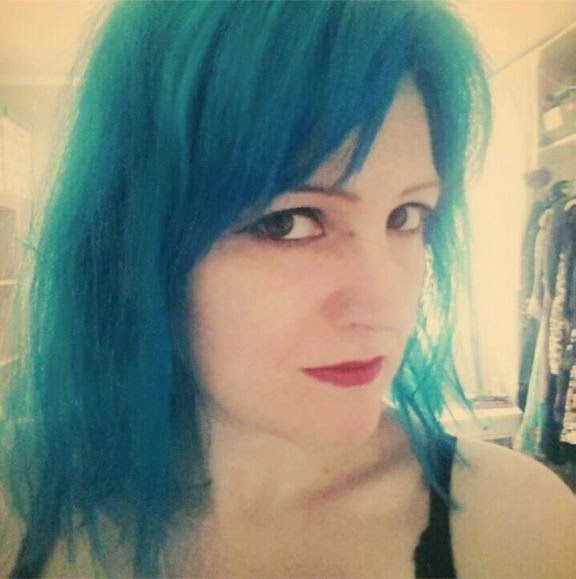 Madame Guillotine is one of the first history blogs I stumbled upon, and I was instantly hooked. So, I was thrilled when its author Melanie Clegg agreed to be featured in this month’s instalment of the “15 Minutes With” series. Melanie is a history geek and art history graduate who writes novels of “posh doom”, is obsessed with Versailles, loves Paris and gin, and is a committed vegetarian. On her blog, she writes about all things history and art, but sometimes she’ll also share bits and bobs from her personal life.

Want to find out more about Melanie? Read on:

1. If you could live in any era, what would it be and why?
This is a tough one as I love so many different eras and for such different reasons and of course they all have their drawbacks as well as their benefits, which are mostly, let’s face it, almost entirely sartorial. However, I would have to go for the French Revolution really as there is no other period that I consider to be quite so blood pumpingly exciting, vibrant and interesting. Plus if I go back there then there’s a small chance that I might be able to hook up with Louis Antoine de Saint Just, who has been my Number One historical crush since my early teens. Le sigh. Plus I think the whole red ribbon around neck, dampened white muslin dress, shaved back of neck and pallid goth face powder Merveilleuse thing was a STRONG LOOK and one that I reckon I could rock with enormous aplomb.

2. If you could invite three people, dead or alive, to dinner, who would you invite, and why?
Okay, assuming that I’ve successfully gone back to 1794 and rescued Louis Antoine de Saint Just from the guillotine, then he’s going to be my co-host for this dinner party. I know that I should go for a decent mix of guests but I think I’m going to invite Alan Turing, Lord Rochester and Oscar Wilde, although the latter is probably SNOWED UNDER with hypothetical dinner party invitations to the extent that they’re literally falling off his mantlepiece in Tite Street Heaven so maybe I’ll invite Athénaïs de Montespan along too for a bit of much needed glamour and gossip as I have a horrible feeling that otherwise I’ll be trapped in between Maths talk from Alan Turing and Lord Rochester’s scary seduction technique.

Actually, this dinner party sounds AWFUL doesn’t it? Good grief. Okay, let’s have Coco Chanel, Empress Joséphine and Athénaïs instead and we shall FEAST on macarons and champagne while ignoring Louis Antoine de Saint-Just’s miserable laconic mutterings about our inappropriate aristocratic decadence. God, what a KILL JOY he would be – maybe I should just leave him to his fate so he can’t ruin my parties?

3. Three books everyone should read?
Another hard one as how does one narrow it down? However, Catch 22, Anne Frank’s Diary and A Prayer for Owen Meany generally head up any such lists in my view, with honourable mentions also going to Wolf Hall and From Hell as I’m ALWAYS nagging people to read them.

4. Who’s your style icon?
Courtney Love without a doubt. She is just amazing and has been a massive inspiration to me since my miserable teens when I used to wander the streets of Colchester dressed in a flammable nightie with a decapitated doll safety pinned to my waist, some broken up Docs on my feet and my hair in over bleached tatters about my pallid face. I thought I looked AMAZING. Amazingly AWFUL.

5. What are you watching on TV?
I don’t actually watch much television to be honest, other than a handful of VERY selective things, namely: Marple, Ripper Street, Game of Thrones, Endeavour, Foyle’s War, Penny Dreadful and erm, that’s it. I find the vast majority of television really boring, alas but I’ll make an exception for those few shows.

6. What’s the soundtrack of your life?
The terrible screams of my dying enemies.

Or ‘Regret’ by New Order, which is my favourite song. The line ‘You used to be a stranger, now you are mine’ gets me every time.

However, I got my first tattoo the other day and it was a totally different lyric: ‘dazzled, doused in gin’ from Taste in Men by Placebo so maybe that’s the soundtrack to my life? Who knows?

7. What’s your favourite holiday destination, and why?
Until quite recently, I was absolutely petrified of flying and so hadn’t actually been to many places as not being able to fly rules quite a lot of the world out! I’ve been to Paris a lot though and had to go to Rome as part of my degree course so I suppose it would have to be one of them as I love them so much.

However, now that I’m less freaked out by the prospect of flying (I had a word with myself recently about the impact this fear was having on my life), I am keen to see more of the world and have Berlin, Florence, Tokyo, New York and Saint Petersburg at the top of my list of places that I want to see.

8. What inspires you?
I am mostly motivated by money and revenge. Seriously, this may be taking the old adage about ‘the best revenge is to live well’ to a whole new level but it’s the thought of various people being made completely miserable by how well I am doing that spurs me on to do even more and better.

That and being able to buy nice things.

Oh that makes me sound awful, doesn’t it? Okay, how about: the thing that MOTIVATES me to carry on is the thought of doing better than PEOPLE WHO WILL REMAIN NAMELESS (until I publish my memoirs and THEN THEY’LL BE SORRY). Okay, that’s not much better is it? Ah well.

On a more inspirational (and nicer!) level, I find the women that I write about really inspiring – so many of them were REALLY up against it and had the odds massively stacked against them and others had to show genuine courage in the face of oppression, tyranny and fascist regimes. I feel honoured to share their stories.

9. One thing on your bucket list?
I recently wrote a sort of bucket list as I’m approaching what is delicately referred to as a Significant Birthday and am less than pleased about this fact, even though my Medieval forbears would no doubt have been pleased as punch to get to such a great age. There’s loads of things on there but the ones that I am most keen to accomplish are getting arrested (to the surprise of anyone who has been out drinking with me, I have yet to feel the cold, clammy hand of the law on my shoulder), see The Cure live (I’m particularly into this one right now as I seem to be listening to nothing but their album Pornography on repeat while I work on my current book) and meet Aidan Turner. I ALMOST met him once when they were filming Being Human in Bristol as he nearly knocked my husband over with his bike. My husband isn’t very nice so he didn’t tell me about this until Aidan Turner was long gone and tiny speck in the distance: ‘Oh, you know the guy who almost ran me over just then? It was that actor you really like…’ Argh. However, the new version of Poldark is apparently based a few minutes drive away from my house so I suppose I could just hang about their gates looking pathetic until they let me in..?

10. Something about you that would surprise us?
I put a few facts about me to a panel on Facebook and the one that elicited the most surprise (and mirth) was the one about how I once bit David Bellamy when I was a small girl because he ENRAGED ME by picking me up to give me a cuddle. As the benign stars of our childhood are toppled one by one here in the UK, I live in FEAR that this rather hilariously awkward childhood memory will take on a more sinister aspect. I HIGHLY doubt it though as David Bellamy is awesome.

Thanks a lot, Melanie!

Go and check out Melanie’s blog, Madame Guillotine, now! You can also keep up with her on Twitter, Facebook, and Instagram and buy her books on Amazon.