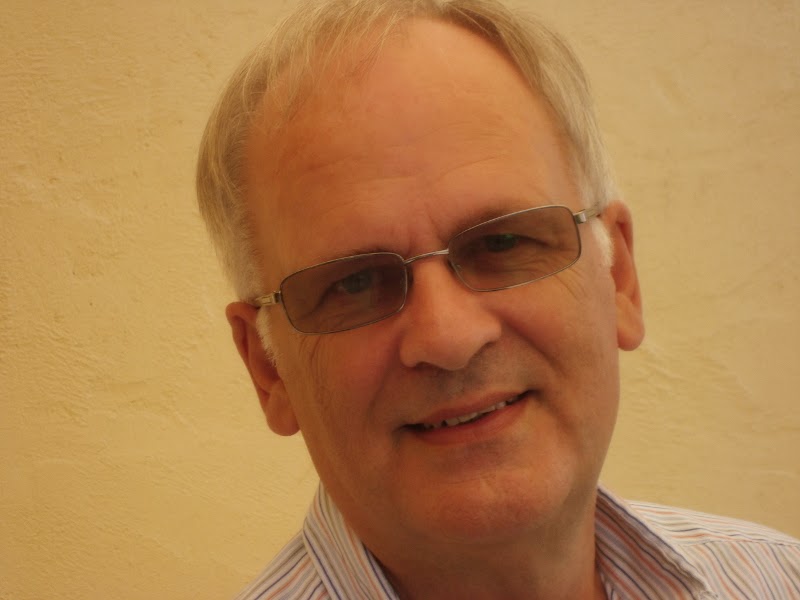 For this month’s instalment of the “15 Minutes With” series, I have the pleasure to introduce you to Mike Rendell, a lawyer turned historian who divides his time between England and Spain. Mike blogs about all things Georgian at his blog, Georgian Gentleman, and has already published several books about the era and its protagonists. His latest, just-released book is “An Introduction to the Georgians” but he is now at work again, researching and writing “Sex Scandal and Satire – in bed with the Georgians” to be published by Pen & Sword in 2015. Can’t wait!

In the meantime, read on to find out more about Mike:

1. If you could live in any era, what would it be and why?
I know it is predictable but I am going to choose the late 18th Century – but only on condition that I can be well-off. I could put up with the dirt, the smell, the lack of hygiene and the terrible dentistry – but only if I could avoid the poverty trap. It really was a time when the rich had a wonderful lifestyle, and the poor were living in dreadful conditions.

2. If you could invite three people, dead or alive, to dinner, who would you invite, and why?
I am going to start with Peter Ustinov because he was such a wonderful raconteur, but will then default to type by choosing that garrulous diarist and commentator on the 18th Century Horace Walpole. I need a female to keep things in perspective so I will have to choose between that amazing courtesan Elizabeth Armistead and the feminist icon Mary Wollstonecraft.If you insist on only letting me have three then I will choose Mary for the first two courses, and draft Elizabeth in for the dessert (in the hope that I could persuade her to stay….)

3. Three books everyone should read?
That is a difficult one because I have (or rather, had) a photographic memory, tend to speed read, and also NEVER put a novel down once I have started it! I always finish a book at a single sitting and would no more pause mid-book than I would get up from a cinema seat half way through a film and come back the next day! So I tend to choose books which are thrillers but for the purpose of these questions I am going to opt for Jane Austen’s Pride & Prejudice, anything by Georgette Heyer, and because I love words and their derivations, the complete Oxford Dictionary!

4. Who’s your style icon?
‘Style’ and ‘Mike Rendell’ rarely appear in the same sentence! But I will happily swap gender and say Georgiana, Duchess of Devonshire – or Mary (call me ‘Perdita’) Robinson, because they were the style-makers of the last quarter of the eighteenth century.

5. What are you watching on TV?
Uh-uh, we have a problem here. I know it sounds unbelievable but for most of the year I do not have access to a television. I have a monitor on which I can play DVD’s etc but I prefer not to have a TV or I would never get round to writing a word. Television kills so many things and I am terrible at exercising self-control. If the set is on, I will mindlessly watch it – even if it s a football match between teams I have never heard of. Far better not to own a television and simply catch up by buying series afterwards when they come on to Amazon as a DVD.

6. What’s the soundtrack of your life?
These things evolve but somewhere I have to include ‘Peggy Sue’ by Buddy Holly because it was the first record I ever bought; ‘I heard it through the grapevine’ by Marvin Gaye because I fell in love while it was playing; and anything by either Katie Melua or Dido.

7. What’s your favourite holiday destination, and why?
I suppose I should choose Spain because I spend half the year there. I love the climate, the scenery, the people and their customs.But if I am allowed to turn that to one side I would select Tasmania – a wonderful, fabulous place, great scenery, stunning food and wine, a lovely climate and enough (late) Georgian history to last a lifetime.

8. What inspires you?
Two things, one: my wife because she is there alongside me always; and two death, because it is always lurking and there is so much I want to do before I answer the door to it! Time is precious and I am determined to make the most of it!

9. One thing on your bucket list?
Visiting South America. I have never been there largely because I suffer from altitude sickness and I don’t think I could manage the Andes unless I could spend a couple of months doing it. Definitely one for the bucket list for when time and money permits! On the book-writing front I am so fortunate that I have so many papers from the past two or three centuries that I think writing a follow-up to ‘The Journal of a Georgian Gentleman’ could be an interesting ambition.

10. Something about you that would surprise us?
I used to work in a Bingo Hall, before I became a lawyer. Neither calling is as satisfying as being a historian!

Go check out Georgian Gentleman, if you haven’t already! You can also keep up with Mike on Twitter, and buy his books on Amazon.