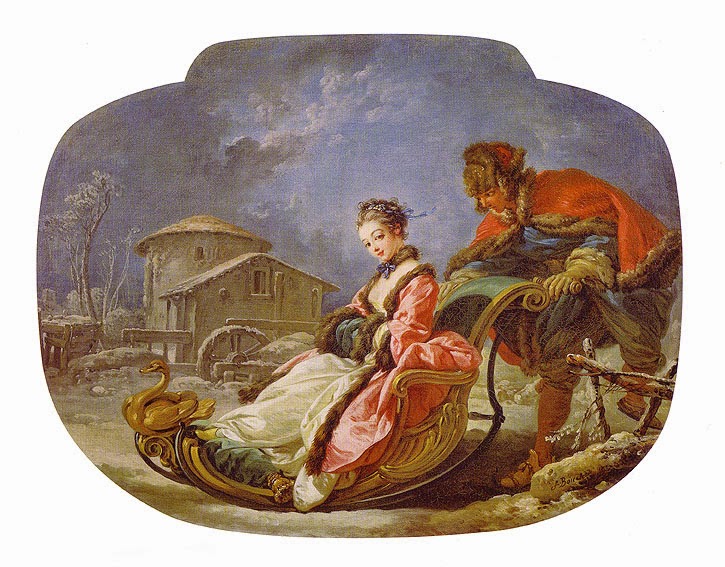 The Correspondance Secrete, on 9 January 1775, reported the hairdo worn by Marie Antoinette on her sleigh rides:

The Queen has invented for her sleigh drives a headgear which combines well with the Ques aco but which brings into fashion a feminine head-dress of a prodigious height. These head-dresses represent high mountains, flowery meadows, silvery streams, forests, or an English garden. An immense crest of feathers supports the edifice at the back. These crests, which are renewed daily, called the King’s attention the other day; and to show the Queen, as gallantly as possible, that they displeased him, he presented her with a diamond aigrette, saying: I beg you will limit yourself to this ornament, even of which your charms have no need.  This present should please you the more that it has not increased my expenditure, since it is composed of diamonds I possessed when I was Dauphin.’

Further reading:
Rose Bertin The Creator Of Fashion At The Court Of Marie Antoinette by Emile Langlade