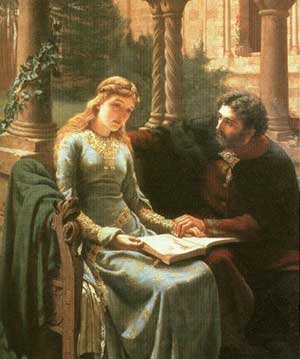 The love story of Abelard and Heloise is one of the most famous, romantic and tragic of all time and one that still moves us today. Abelard was a French philosopher and considered one of the greatest thinkers of his time. But because his teachings were controversial, he was accused of heresy. Heloise was the nice of a cleric named Canon Fulbert, and a well-educated young woman.

Despite both of them being occupied with their studies (and Heloise being under the protection of her uncle), Abelard managed to catch sight of her and decided he wanted to meet her. He told Fulbert that the upkeep of his own house was a hindrance to his studies and convinced the cleric to allow him to live in his house. In exchange, he would teach Heloise, who was twenty years his junior. 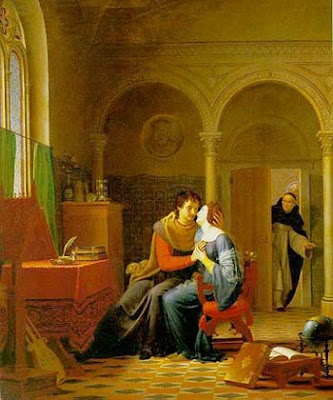 Soon, Abelard and Heloise became lovers. Her uncle was furious when he found out what was going on under his roof and separated the couple. But Heloise was pregnant by this time and when Fulbert was away from home, the couple fled to Abelard’s sister where she remained until she gave birth to their child, Astrolabe. At this point, marriage seemed the simplest solution and Abelard proposed it, but Heloise refused.

The marriage would, in fact, impede Abelard’s career and bring disgrace upon him. Still, love prevailed and after leaving Astrolabe with Abelard’s sister, the couple secretly married in Paris. Soon afterwards they parted and saw each other only occasionally but Fulbert wasn’t happy with this. He wanted their marriage to be public and known to repair the damage done to her niece’s reputation but Heloise refused to confirm the marriage ever took place.

To protect Heloise from her uncle’s wrath, Abelard sent her to a convent in Argenteuil but this made things worse. Fulbert sent some men to break into Abelard’s lodgings and castrate him. Once recovered, Abelard entered the convent of St. Denis, while Heloise took the veil, rose in rank and became prioress but the couple kept in touch. When they died, their bodies were buried together in a single tomb.