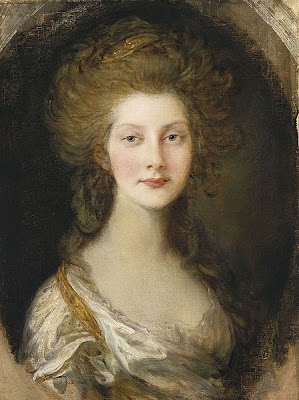 Unlike many princesses, Princess Augusta, the second daughter of King George III and Queen Charlotte wasn’t vain and didn’t care much about her appearance. English novelist Fanny Burney thus recalled how the princess let her hairdresser do what he pleased with her locks:

She “let the hairdresser proceed upon her head, without comment and without examination, just as if it was solely his affair, and she only supported a block to be dressed for his service… And when he begged she would say whether she would have any ribbons, or other things, mixed with the feathers and jewels, she said, “You understand all that best, Mr Robinson, I’m sure – there are the things – so take what you please.” 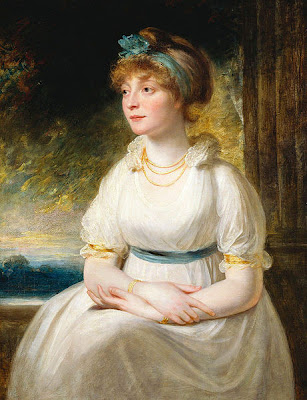 Augusta also didn’t understand why her younger sister Sophia, who was near-sighted, stubbornly refused to wear glasses for fear of what people would say. Fanny Burney, who went to visit Sophia on her twentieth birthday, thus recalled how self-conscious the younger princess was:

She had a pair of spectacles on, which, with her uncommonly young face – its shape being as round as a baby’s, and its colour as rosy – had a most comic and grotesque appearance… She is so near-sighted, that she is almost blind; and the Queen now permits her always to wear spectacles. “And I want her”, said Princess Augusta, “to wear them at the play, where we are going tonight; but she is afraid, she says, of some paragraph in the newspapers; but what, I ask her, can they say? That the Princess Sophia wears spectacles! Well, and what harm can that do her? Would it not be better they should say it, than she should lose all sight of the performers?”