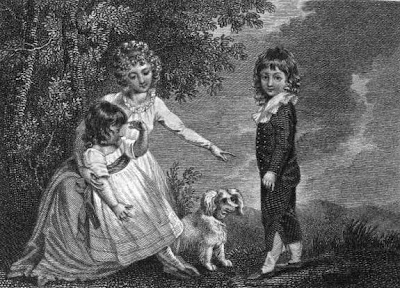 Anne-Thérèse de Marguenat de Courcelles was the daughter of an officer of the fiscal court of Paris and his wife Monique Passart. She lost her father when she was only a little girl and was raised by her mother and her second husband, François Le Coigneux de Bachaumont, who transmitted to her his love for literature. In 1766, she married Henri de Lambert, becoming Madame de Lambert, Marquise de Saint-Bris (although she was known as Marquise de Lambert). The couple had two children: a boy called Henri-François, and a daughter named Marie-Thérèse.

Interested in education, in 1726 she published A Mother’s Advice To Her Son, in which she talks about the precepts she gave to her son. Despite being such an old book, most of the advice given in it is still very valid even though the language is not always politically correct (but then this was written in the eighteenth century after all). For instance, in n.16, I don’t like the expressions “his superiors” or “his inferiors”, but apart from this choice of words that sounds wrong to modern readers, the advice is still useful and can be adapted to how we should behave with our boss, or employee if we happen to be the boss for example. Without further ado, here are a few of the precepts extracted from the book:

25. Titles and honours are not the bonds which unite us to men, nor which attract them to us: if we do not add merit and goodness, they easily escape: they will seek only to indemnify themselves for an homage which they are forced to pay to the situation rather than to the man, whom, in his absence, they will freely judge and condemn. If, however, through envy, we seek to lesson the good qualities of the great, we should resist this inclination, and do justice to their merit. We frequently fancy that our murmurs are only levelled at the men, while, in truth, they are aimed at their places. Those who occupy a post are. never in the world’s eye, the fit persons: justice is never done them till they have relinquished the situation. Envy, in spite of herself, pays homage to grandeur, though she pretends to despise it; for she honours the places which she envies. Let us not, out of discontent, condemn agreeable situations which have no fault: but that we want them.

33. If you would be a perfectly virtuous man, strive to regulate your self love, and to give it a proper object. Virtue consists in occasionally waving our own rights, and respecting those of others. If you seek happiness only for yourself, you will never find it; every body will dispute your good fortune with you: if you are willing that every both should partake of it, they will assist you to obtain it. All the vices favour self-love, and all the virtues join to oppose it – valour exposes it – modesty humbles it – generosity strips it – moderation mortifies it – and zeal for the public welfare sacrifices it at once. Self-love is the preference of self to others; and virtue is the preference of others to self. We distinguish two sorts of self-love: one, natural, lawful, legitimate, and regulated by justice and by reason; the other, vicious and corrupt. Our first object is ourselves: and we return to justice only through reflection. We know not how to love ourselves: we love ourselves too much, or we love ourselves improperly. To love ourselves as we ought, is to love virtue: to love vice, is to love ourselves with a blind and mistaken love. 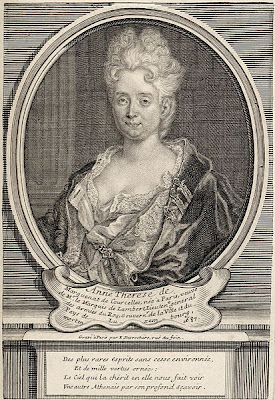 36. Politeness is the quality most necessary to intercourse; it is the art of bringing into action the exterior manners, which give us no security concerning the real character. Politeness is an imitation of virtue, which shows the outside of man such as he ought to be within: it discovers itself in every thing; in the air, language, and in actions. There is a politeness of the mind, and a politeness of the manners: that of the mind consists in saying fine and delicate things; that of the manners in saying flattering and agreeable things. I do not confine politeness merely to that intercourse of civilities and compliments which custom has sanctioned: these are said without feeling, and received without gratitude: people overdo in this sort of commerce, and fall short upon more serious trial. Politeness is a desire to please the persons with whom we are obliged to live; and to behave so that everybody may be satisfied with us; our superiors with our respects – our equals with our esteem – and our inferiors with our kindness. In a word, it consists in due care to please, and to say what is proper to every one. It values their good qualities, and acknowledges their superiority: when you thus elevate others, they will value you in your turn; they will give you the same place over others which you would yield to them; it is to the interest of their own self love. The way to please is, not to make others feel your superiority, but to conceal it. There is a skill in politeness for the exercise of which you will be amply recompensed.

41. We should know how to live with competitors: nothing is more common than striving to rise above, or to destroy them; but there is a mode of conduct more noble than this: it is, never to attack them, and to endeavour to surpass them only in merit: it is excellent to yield to them the place which you believe to be theirs.

44. The table and the dice are their exercises and their dangers: love has his own: beauty is not always to be played with; it sometimes commands imperiously. Nothing is more shameful than to sacrifice to wine, reason, which ought to be the guide of man. To give yourself up to voluptuousness is degradation: the best security is in not accustoming yourself to it: it should seem that the very soul of the voluptuous man is in its keeping. As to gaming, it is an overthrow of all decorum. The prince forgets his dignity, and the female her modesty. Absolute gambling has within itself all the evils of society. It gives license to certain hours for the unbridled domination of ruin and hatred: it is a hard ordeal for probity: few people keep themselves pure in this respect at play.

46. Keep yourself from envy: it is the lowest and most shameful passion in the world: it is always disavowed. Envy is the shadow of glory, as glory is the shadow of virtue. The most distinguishing sign that we are born with great qualities, is that we can live without envying.