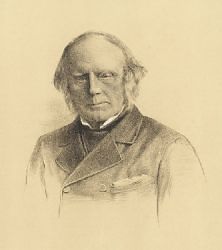 George Thomas Keppel, 6th Earl of Albemarle, was a childhood friend of the unfortunate Princess Charlotte of Wales. He was actually chosen as a playmate for the princess by her governess, who was also his grandmother, Lady De Clifford. In his memoirs, Fifty Years Of My Life, he recalls a few anecdotes from their childhood:

On Saturdays I was generally the guest of the Princess. The Sundays she used to spend either at Lady de Clifford’s villa at Paddington, or at my father’s house at Earl’s Court, Brompton.

Once outside her own gates, the Princess was like a bird escaped from a cage, or rather, like Sir Boyle Eoche’s bird “in two places at once.” Into whatsoever house she entered she would fly from top to bottom, one moment in the garret, and almost in the same moment in the kitchen.

Mrs. Durham, to whom the Princess Charlotte so frequently alludes in her letters, was at this time cook to my grandmother. She was such an artiste in her business that the Prince of Wales, who occasionally honoured Lady de Clifford with his company at dinner, used to flatter her by asking her how she could afford to keep a man-cook. One day, however, at the hour of luncheon, things went ill; the Dowager’s bell rang violently: the mutton-chop was so ill dressed and so well peppered as to be uneatable. On inquiry it was discovered that the good old lady’s royal charge had acted as cook, and her favourite grandson as scullery-maid.

I have a living witness to this mutton-chop scene in the person of my kinsman, Dr. Thomas Gamier, Dean of Winchester, who was on a visit to Lady de Clifford that same morning. He assures me, through my sister, Lady Caroline Gamier, that I said, ” A pretty Queen you’ll make ! ” I do not remember this flippant speech, but the frank, hearty manner of the Princess made it difficult for her young associates to preserve that decorum due to her station. […] 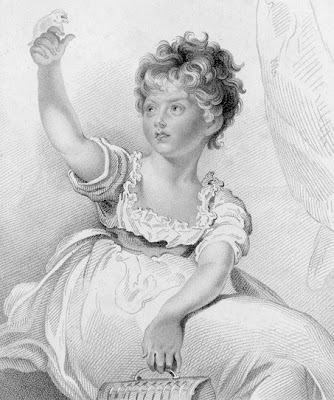 Warwick House was so short a distance from my school that in the summer months I frequently made it “a skip out of bounds.” I fear there was too much of “cupboard love” in these visits, for I was blessed with an excellent appetite, and Mother Grant’s food was execrable. The Princess, aware of this, used to bring me sandwiches of her own making. I once fancied that I must needs have a sharer in the good fare. So I took with me my chief crony, Robert Tyrwhitt, a gentleman whose name, in more recent times, has been frequently before the public as Chief Magistrate of Bow Street. My quondam sodalis is still living, and well remembers the joint adventure I am about to record.

As I was a privileged person at Warwick House, I passed with my companion unquestioned by the porter’s lodge, and through a small door which opened from the court-yard into the garden. The Princess greeted us with a hearty welcome. In the garden was a swing, into which Princess Charlotte stepped, and I set it in motion. Unfortunately it came in contact with Bob Tyrwhitt’s mouth and knocked him over. He forthwith set up a hideous howl. Out came subgoverness, page, dressers, and footmen. Before they reached us, the Princess had descended from the swing, had assumed an air of offended dignity, and was found lecturing me on the extreme impropriety of my conduct in bringing a boy into her garden without her privity and consent. The marvel is how she or I could either of us keep our countenance.

Further reading:
Fifty years of my life by George Thomas, Earl Of Albermarle