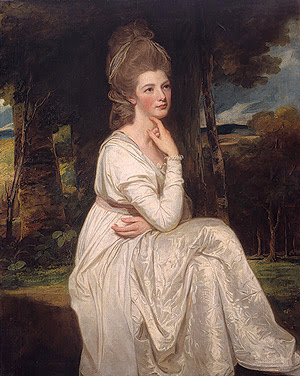 Although in the 18th century it was common for a married woman to have an affair, it was only tolerated as long as she had already provided her husband with a heir and a spare and behaved with discretion. This wasn’t the case with Lady Derby. Born Elizabeth Hamilton, she was the daughter of James Hamilton, 6th Duke of Hamilton and Elizabeth Gunning, Baroness Hamilton of Hameldon. In 1774, she married Edward Smith-Stanley, 12th Earl of Derby. The couple went on to have three children, but the marriage wasn’t a happy one.

Just a few years later, Elizabeth fell for John Frederick Sackville, 3rd Duke of Dorset, a known womanizer. In December 1778, she left her husband’s house, abandoning not only her spouse but also their children and all her belongings and moved in with her lover. This created a huge scandal at the time as the Countess had broken the rules of society which considered marriage sacred. As Lady Mary Coke said,”she had offended against the laws of man and God”. Soon rumours started to circulate: there were those who thought Lady Derby was pregnant, others that the Duke of Dorset was tired of her and was already in love with someone else and already got her new lover pregnant, while it seemed that Elizabeth’s brother, the Duke of Hamilton, was trying to convince the Duke of Dorset to sign a document agreeing to marry the countess as soon as her divorce came through. 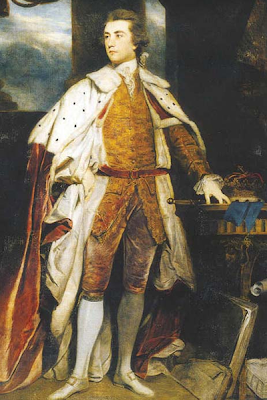 Two months later, lady Derby was keeping quiet and out of the way in the country. Lots of members of good society shunned Lady Derby, but she still continued to receive a few visits from a few friends such as Lady Carlisle and Lady Jersey. Everyone though was waiting to see whether the Queen of the Ton, Georgiana, Duchess of Devonshire, would visit the unfortunate Lady Derby or not. Georgiana thought that cutting all ties with Lady Derby was hypocritical. She wrote to her mother: “I have the greatest horror of her crime, I can not nor do not try to excuse her. But her conduct has been long imprudent, and yet, I have sup’d at her house, and I have enter’d with her into any scheme of amusement, etc., and now it does seem shocking to me, that at the time this poor creature is in distress, that at the time all her grandeur is crush’d around her, I should entirely abandon her, as if I said, I know you was imprudent formerly, but then you had a gay house and great suppers and so I came to you but now that you have nothing of all this, I will avoid you”.

Her parents, though, forbade her to have anything to do with Lady Derby ever again. If she refused, they would never allow her beloved sister Harriet to visit her at Devonshire House or Chatsworth. Georgiana gave in. But what about Lord Derby? How did he react to his wife’s abandonment? In April, he finally announced he wasn’t going to divorce her. This was a huge blow to the Countess. A divorce would have left her free to marry the Duke of Dorset and regain her position in society. Now, she was left separated, disgraced and without protection. This took her strain on her relationship with the Duke of Dorset and they soon split up. A couple of years later, she left for Italy with a certain Lord Jocelyn. The Duke of Dorset soon forgot about her. His reputation hadn’t suffered at all and he even remained friends with Lord Derby!