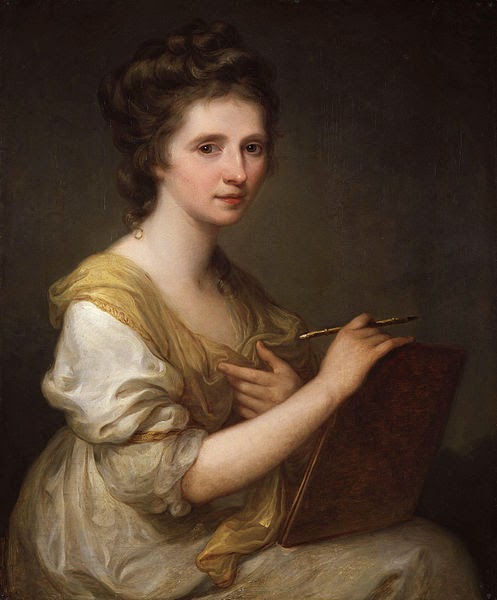 Born on 30 October 1741 at Chur in Graubünden, Switzerland, Angelica Kauffman was the daughter of an artist. Her father had originally gone to Chur to paint some frescoes in a church, had fallen in love with Cleophea Lutz, married her, and settled there. They had only one daughter, Angelica. The young girl soon showed a talent for painting and music. Her father was her first art teacher, while from her mother she learnt several languages (she could speak German, English, Italian, and French). By the time she was 12, Angelica was already famous for her artistic abilities, with nobles and bishops posing for her. 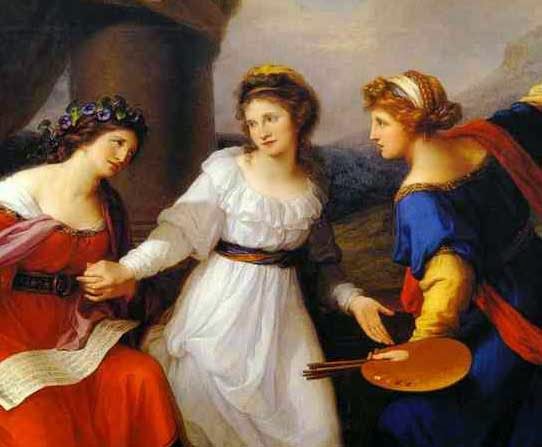 Detail Of Angelica Kauffman Between Music And Painting

After her mother’s death, she travelled with her father to Austria and then to Milan. In the following years she would visit other Italian cities, such as Bologna, Florence, and Rome, were she was admired and feted for her charm and talent. German archeologist Winckelmann, who sat for Angelica in Rome, wrote that “she may be styled beautiful,” he adds, “and in singing may vie with our best virtuosi.” She also went to Venice, where she met Lady Wentworth, the wife of the British ambassador, who asked her to go to London with her. The young girl accepted. In London she painted portraits of the rich, influential, and artistic personalities of the time, such as David Garrick and Sir Joshua Reynolds. 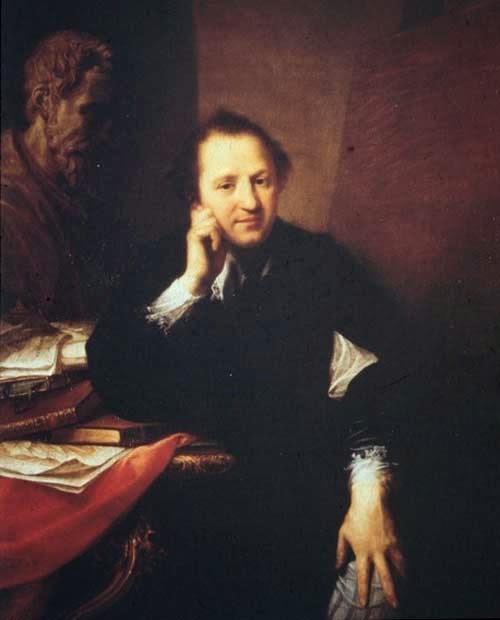 It was probably thanks to Reynolds that Angelica was among those who signed the petition to the king for the establishment of the Royal Academy. However, her friendship with Reynolds attracted criticism too, and made her the victim of vicious satires. From 1769 until 1782, she exhibited at the Academy, contributing as many as seven pictures, usually on allegorical or classical subjects, every year. Although Angelica created all kinds of portraits, she was first and foremost a history painter. History painting could be challenging for a woman. It didn’t just require an extensive knowledge of Biblical and classical literature, history and mythology, and art theory, but also anatomy and practical training in painting nude men and women. Such training was considered inappropriate, and thus usually denied, to women. 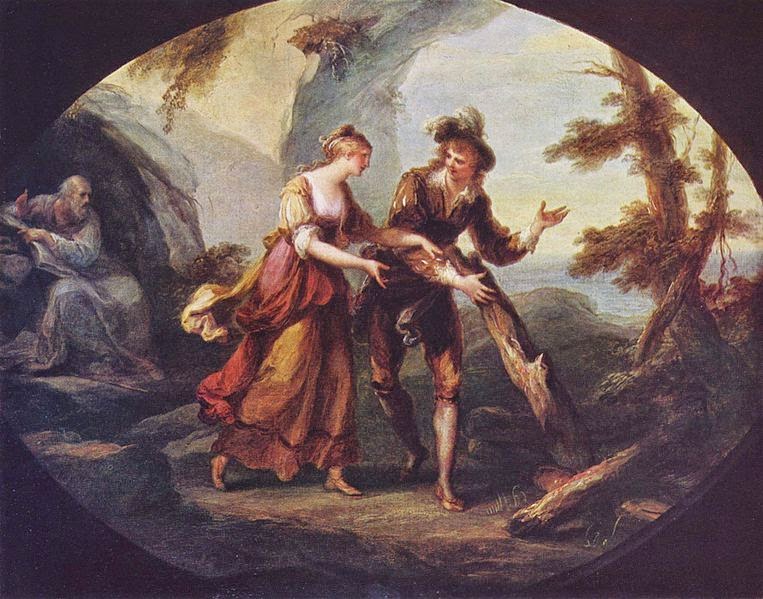 Miranda and Ferdinand, from The Tempest

Despite this, Angelica managed to carve herself a successful career as a history painter. The art critic Kugler thus explained her popularity: “An easy talent for composition, though of no depth; a feeling for pretty forms, though they were often monotonous and empty, and for graceful movement; a coloring blooming and often warm, though occasionally crude; a superficial but agreeable execution, and especially a vapid sentimentality in harmony with the fashion of the time—all these causes sufficiently account for her popularity.” Yet, there were others that thought her works were graceful, but weak and unoriginal. Although successful, Angelica was also frustrated at British people’s preference for landscapes and portraits. 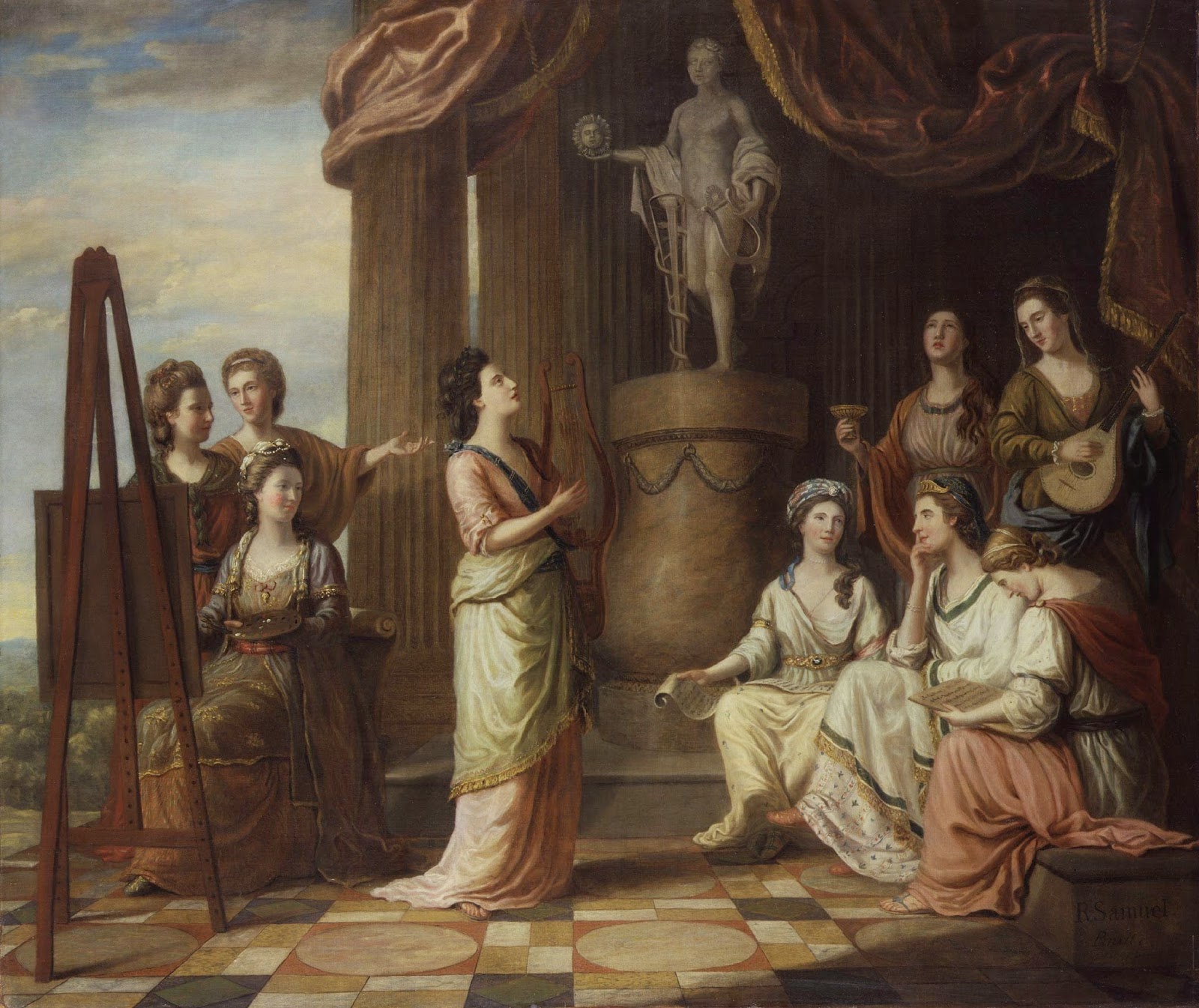 But if her professional life thrived, her personal life was about to take a turn for the worse. After refusing several suitors to her hand, Angelica had fallen in love with an adventurer who impersonated the Count de Horn, and who managed to convince her that their marriage should remain secret. But one day the young woman confided her secret to Queen Charlotte, who had been sitting for the painter and had always been very friendly towards her. The Queen graciously invited the Count to court, and that’s where the whole deception was finally revealed. Angelica was distraught. But she had meant her marriage vows so, at first, she decided to stay with him. But then it also came out that he was already married to another woman. Angelica was thus free of him once and for all. 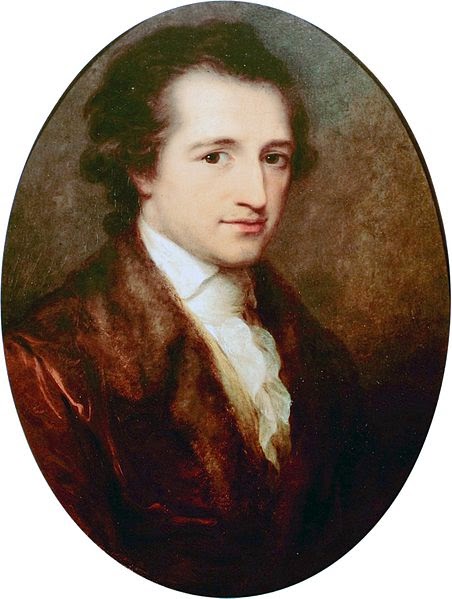 For the following years, Angelica was wholly dedicated to her art. But, at 40, she married again. Her new husband was Antonio Zucchi, a Venetian artist then resident in Britain who had long been in love with her. Like his wife, he was also a member of the Royal Academy, and they both shared a passion for art and intellectual pursuits. The two settled in Rome, where they were at the centre of the artistic and literary circles of the city. Here, she befriended, among others, Goethe.

Portrait of Ferdinand IV of Naples, and his Family

Angelica’s father died in 1782, and her husband in 1795. Angelica was deeply saddened at his death and, for a while, left Rome. Although till then she had been indefatigable, she now produced little. Angelica Kauffman died on 5 November 1807 in Rome. Her funeral, which was organized by the sculptor Casanova, was attended by all the members of the Academy of St. Luke, who also followed the procession, in which her latest pictures were born, to Sant’Andrea Delle Fratte, where she was buried.