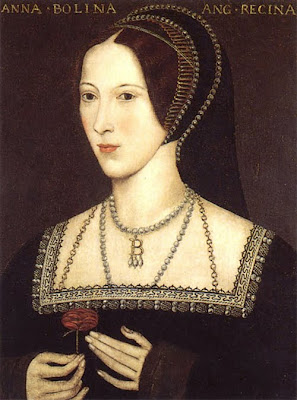 Very few images, and none of them authentic (apart from her likeness in the ring her daughter Elizabeth I wore for her whole life), of Anne Boleyn survive, so it is very difficult to say what the second wife of Henry VIII looked like. We have to rely on descriptions written around her lifetime, but these are often so contrasting that it’s impossible to believe they refer to the same woman. Some say she was beautiful, others that she was only average-looking and some describe her as a monster. Who’s right?

Was Anne a beauty?
In his biography, The Life and Death of Anne Boleyn, Eric Ives quotes a couple of sources claiming Anne was a beauty. John Barlow, one of her clerics, said that she was “gracious, and reasonably good looking”, while Lancelot De Carles, a French poet who became Bishop of Riez, mentioned she was “beautiful and with an elegant figure” and praised her eyes “always most attractive which she knew well how to use with effect. Sometimes leaving them at rest and at others, sending a message to carry the secret witness of the heart. And, truth to tell, such was their power that many surrendered to their obedience.”

Was Anne average-looking?
Not everyone had such praises for her looks. Francesco Sanuto, the Venetian diplomat, described Anne as “not one of the handsomest women in the world; she is of middling stature, swarthy complexion, long neck, wide mouth, a bosom not much raised and eyes which are black and beautiful.” It is important to remember, though, that the ideal Tudor woman had angelic looks, with porcelain skin and blue, or green, eyes. Therefore, it is not surprising that many at the time believed Anne to be too “dark-looking” to be a real beauty. 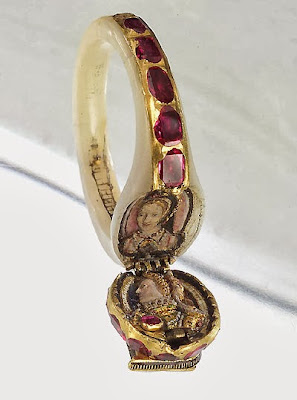 Was Anne a monster?
There were also those who considered Anne to be a monster, with six fingers on one hand and a wen under her chin. Nicholas Sander, in his “The Rise and Growth of the Anglican Schism”, paints an ugly portrait of Anne: “Anne Boleyn was rather tall of stature, with black hair and an oval face of sallow complexion, as if troubled with jaundice. She had a projecting tooth under the upper lip, and on her right hand, six fingers. There was a large wen under her chin, and therefore to hide its ugliness, she wore a high dress covering her throat. In this she was followed by the ladies of the court, who also wore high dresses, having before been in the habit of leaving their necks and the upper portion of their persons uncovered. She was handsome to look at, with a pretty mouth.”

It is very unlikely that this description is true. First of all Sandler contradicts himself. He mentions six fingers, a wen, a protruding tooth and then finishes by saying Anne was handsome to look at. How could this be? Sandler was a Roman Catholic, and as such an enemy of Anne, whom he had never even seen (he wrote, in exile, during the reign of Elizabeth I). So, this description is just an attempt to blacken Anne’s reputation.

It seems, though, that Anne had a small flaw. George Wyatt is quoted by George Cavendish in his “The Life of Cardinal Wolsey” claiming that “there was found, indeed, upon the side of her nail, upon one of her fingers, some little show of a nail, which yet was so small, by the report of those that have seen her, as the work master seemed to leave it an occasion of greater grace to her hand, which, with the tip of one of her other fingers might be, and was usually by her hidden without any blemish to it. Likewise there were said to be upon some parts of her body certain small moles incident to the clearest complexions.”

This flaw must have been insignificant or Thomas Boleyn, Anne’s father, would never have sent her to serve Margaret of Austria, Queen Claude of France, and Catherine of Aragon. He would simply have kept her locked away at their house. There is also no way that a deformed Anne would have caught the King’s eye and kept his interest for so many years. Not to mention that any deformity, at the time, was seen as a mark of the devil. Henry VIII would have never pursued a woman who had signs of being a witch and who could pass any defect to her (and his) offspring.

Elizabeth I’s enamel ring
As I mentioned above, the only authenticated image of Anne Boleyn is the one housed in her daughter’s enamel ring. It shows a woman with a long oval face, high cheekbones, a strong nose and a pointed chin, all traits Elizabeth I inherited.

So, what did Anne Boleyn looked like?
I don’t believe that Anne Boleyn was a great beauty, but she wasn’t ugly either. She was a pretty girl, but it was her wit and intelligence that really charmed people and made her stand out among the more submissive and angelic-looking beauties of her age.

Further reading:
The life and death of Anne Boleyn by Eric Ives
The Life of Cardinal Wolsey: From the Original Autograph Manuscript By George Cavendish
Rise and growth of the Anglican schism by Nicholas Sander