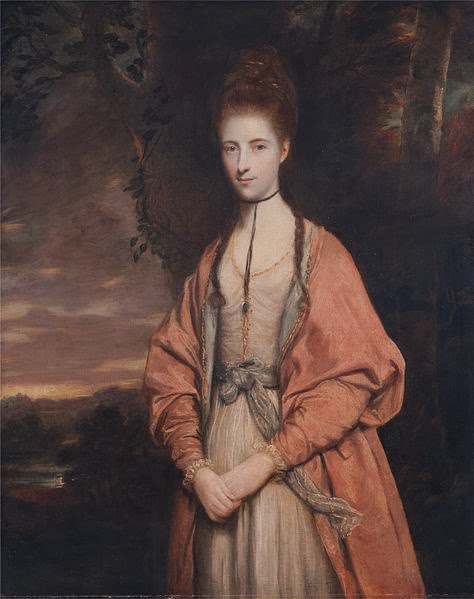 Born in 1748 in a Whig family, Anne Conway was the daughter of Henry Seymour Conway, a cousin of Horace Walpole. The little girl was given a good education. Her favourite subject was art history. In particular, she was fascinated by sculpture and the idea that she could create something original with wet clay, hard marble and stubborn bronze. Her love for art and sculpture was encouraged by Walpole, her guardian during her parents’ trips abroad, and historian David Hume, who was Under-Secretary when her father served as Secretary of State. 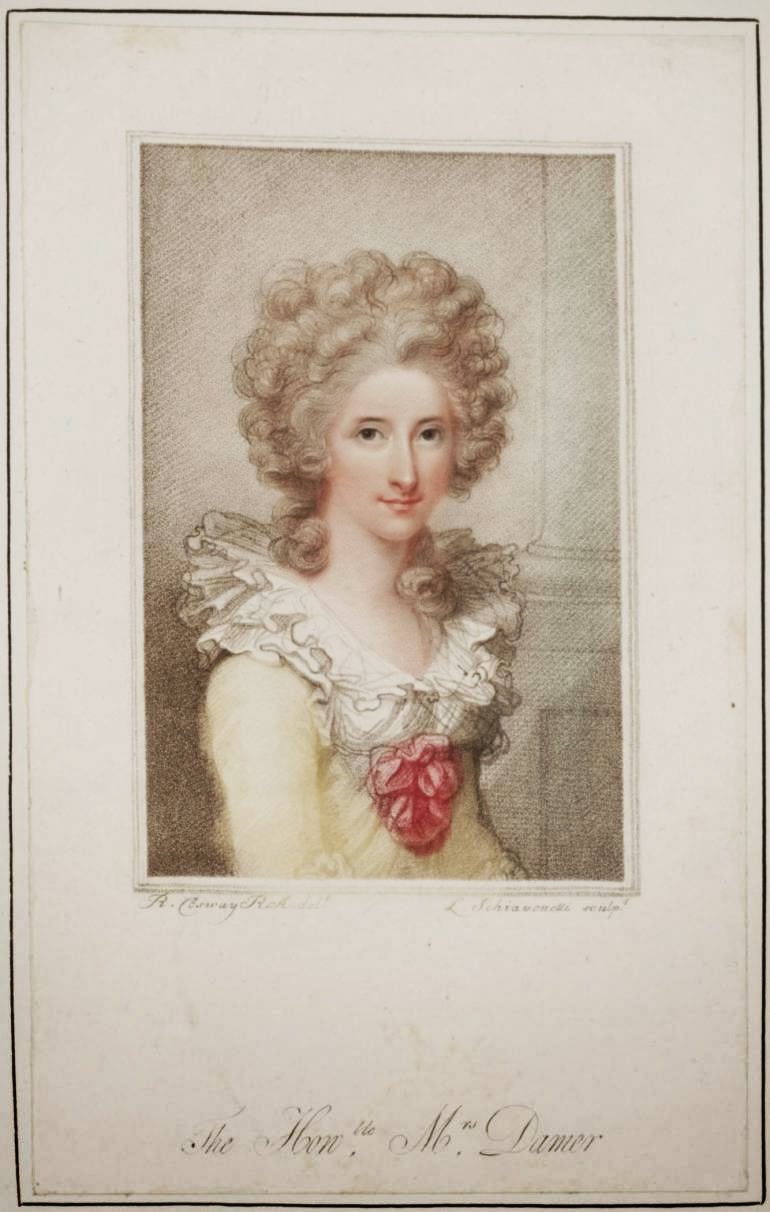 Miss Conway spent hours working with wet clay, which dirtied her hands, and with marble, which left her covered in dust, rather than taking up the more refined and feminine art form of painting or indulging in the idle pursuits of women of her class. Because of this, she soon gained the reputation of an eccentric. But she didn’t care, and, instead, started studying marble carving with Bacon, anatomy with Cruikshanks, and modelling with Giuseppe Cerrachi. 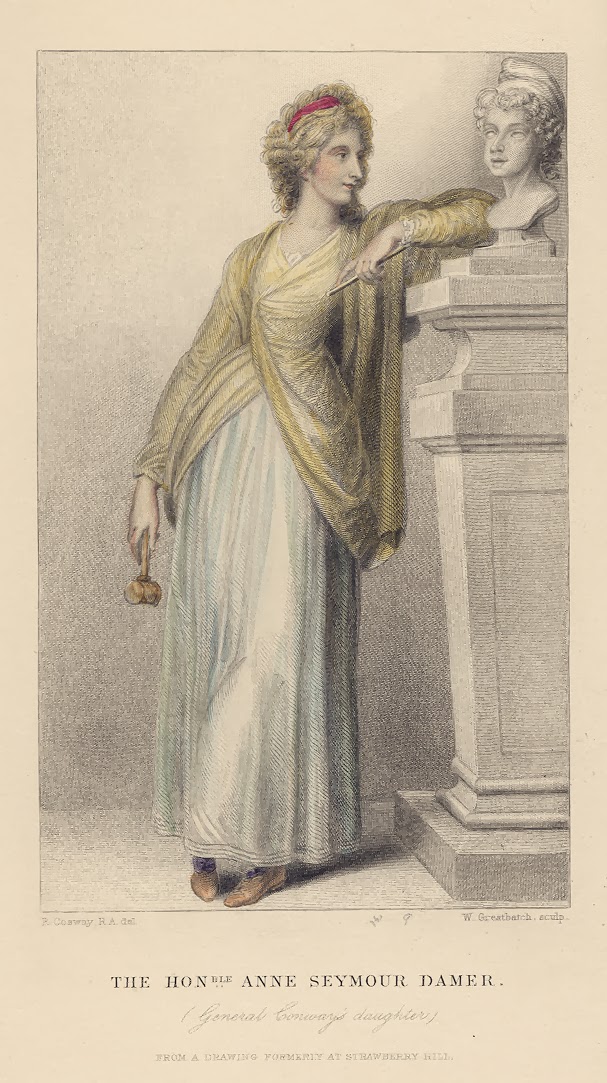 At 19, Anne married John Damer, eldest son of Lord Milton. They were quite happy for about a year, but their relationship soon deteriorated as John started gambling their fortune away. The couple, which didn’t have any children, separated after seven years. Two years later, John, heavily indebted, committed suicide. Anne, was now a widow with lots of debts to pay. While she wasn’t rendered penniless, her circumstances were considerably reduced. Luckily for her, Walpole came to her rescue. He bequeathed to her his villa of Strawberry Hill, with all its valuables, and £2,000 a year for its maintenance. 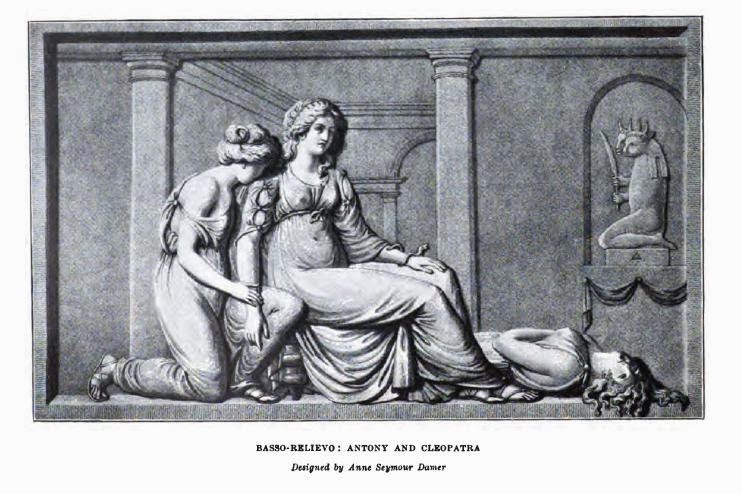 Anne, who had abandoned her art upon her marriage, now took it up again. She executed, in the Neoclassical style, many statues, including one of the King, which was placed in the Register Office in Edinburgh, a portrait bust of herself for the Uffizi Gallery in Florence, a bust of Fox for Napoleon, a group of “sleeping dogs” for Queen Charlotte, two colossal heads for the bridge at Henley which represented the Thames and Isis, and portraits of her relatives which can be found in private galleries. By 1784, she was an honorary exhibitor at the Royal Academy. She would remain so until 1818. 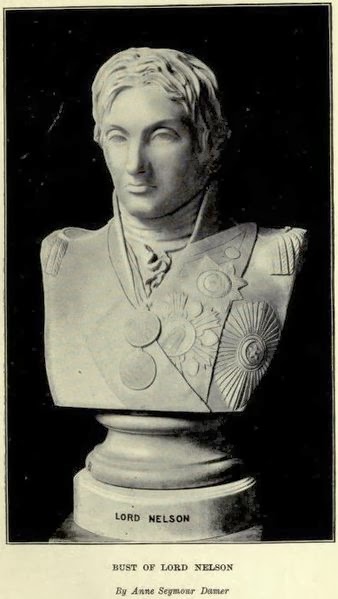 Mrs Damer was also active in politics. A staunch Whig, she, together with the Duchess of Devonshire, canvassed for Fox, asking for votes in exchange for kisses. She also championed the cause of the American colonies, and stood by Queen Caroline at her trial (the queen was accused of infidelity). Anne was also a gracious hostess and, in her house, entertained the celebrities of her time such as the actresses Mrs. Siddons and Elizabeth Farren. Mrs Damer loved the theatre too and frequented acted in private houses. 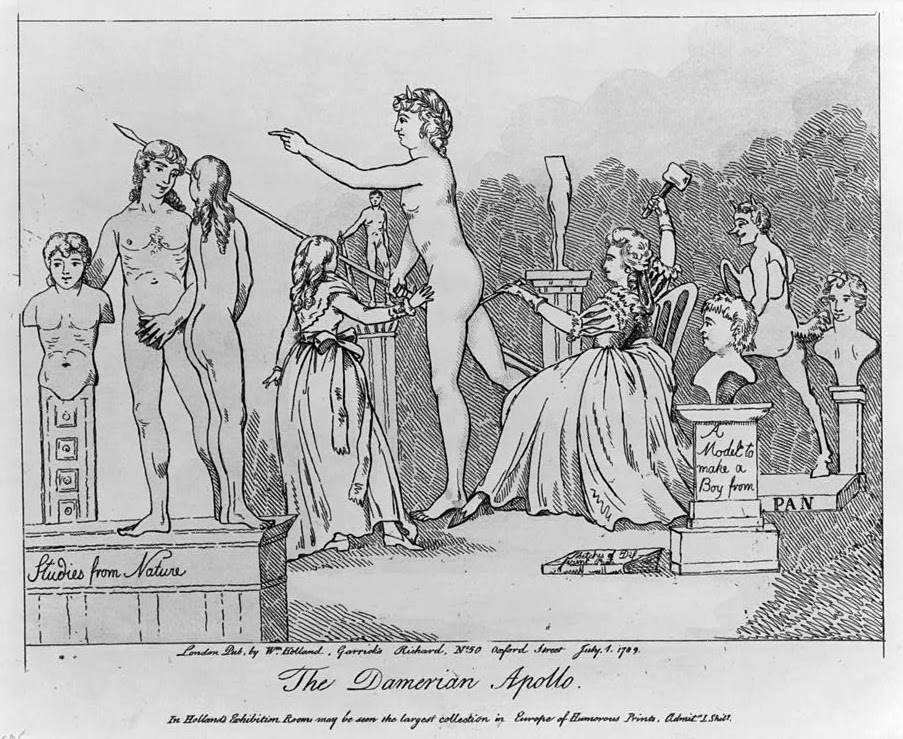 Anne also loved masquerades, which weren’t considered a suitable entertainment for respectable women. This, coupled with Anne’s love for men’s clothing, caused people to speculate about her sexuality. Rumours started to circulate that Mrs Damer was a lesbian and had a relationship with the author Mary Berry, who had been introduced to her by Walpole. Whether there’s some truth in it, we’ll never know. It may be that the two women were simply close friends, bonding over literature. Anne was a writer herself. In 1801 she published a novel, Belmour, which was well-received. 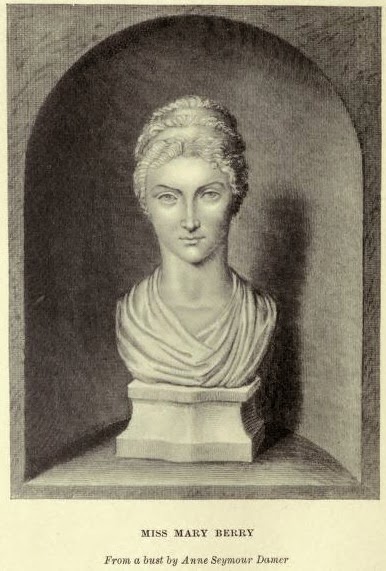 Anne also frequently travelled to Europe. During one of those trips, she was captured by a privateer, but later released. She also was in Paris, where she met Napoleon, during the Treaty of Amiens. In Naples, instead, she was introduced to Nelson. When she was 70, Anne left Strawberry Hill, and moved into York House, the birthplace of Queen Anne. She died in her London House in Grosvenor Square in 1828, aged 79. She left her works to a relative, asking only that her aprons and tools be placed in her coffin with her (and so were the ashes of her favourite dog), and that her letters, including her correspondence with Nelson and Fox, be destroyed. She was buried at Tunbridge, Kent.

Further reading:
Anne Seymour Damer, a woman of art and fashion, 1748-1828 by Percy Noble
Women in the fine arts by Clara Erskine Clement