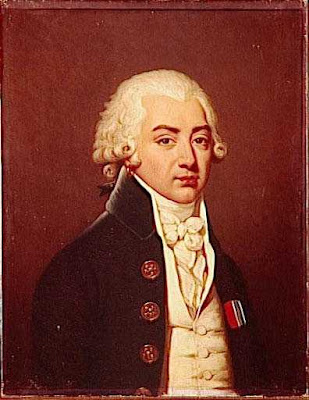 Anyone familiar with the court of Louis XVI will have heard of Armand de Gontaut, Duc de Lauzun and Biron. But it was only after reading Mistress of The Revolution by Catherine Delors (it’s one of my favourite historical novels) that I became really curious about him. In the book, the Duc de Lauzun is a libertine who’s fighting with the Count de Villers for the favours of the beautiful, but impoverished, noblewoman, Gabrielle de Montserrat. Then, the revolution broke. Although Lauzun supported the revolutionaries, he still lost his head. Gabrielle was there, watching him make his way to the scaffold. But who was the real Duc De Lauzun?

Born on April 13, 1747, Armand was the son of the Duc de Gontaut and his wife Antoinette-Eustachie de Crozat, who died in giving birth to him. Armand was a handsome and charming boy adored by all who knew him, including Queen Marie Antoinette. The Duc loved women, and they loved him. He had many affairs and soon acquired the reputation of a libertine. As a teenager, he fell in love with the Comtesse de Stainville, the sister-in-law of his aunt, the Duchesse de Choisel, who strongly disapproved of the liaison. 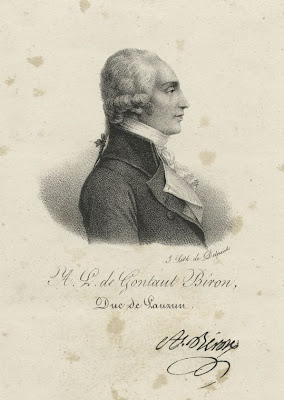 When he wasn’t busy romancing and bedding women, Lauzun fought in the army. A brave soldier, he had attracted attention by an essay on the military defenses of Great Britain and her colonial empire. Armand took part in the American War of Independence. He was there at the Siege of Yorktown and, when the Americans, with the support of the French, won the war, he returned home, hailed as a hero. In 1763, his father thought it was now time for Lauzun to settle down and arranged his marriage with the 12 year old Amélie de Boufflers. Lauzun, however, was still in love with the Comtesse de Stainville and so asked his father to delay the marriage. He succeeded for two years, but finally, in 1766, he was forced to marry his betrothed. The wedding took place on February 4, in the chapel of the Hôtel de Luxembourg, before most of the court.

The marriage was doomed from the start. Armand wasn’t in love with his pretty but very shy wife, and she didn’t seem to be too happy about their union either. They had no children together. Armand kept playing the field. Among his conquests, there was Aimée de Coigny, Duchesse de Fleury who went to school with the daughters of the Comtesse de Stainville, his former mistress! His carefree existence was, however, soon to end. In 1789, the French Revolution broke out. Like other liberal noblemen, he was at first excited about and supported the revolution, believing it would bring freedom to the country. 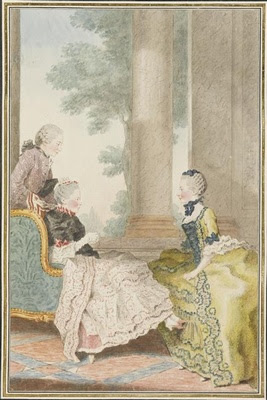 In 1791, the National Assembly appointed him commander of the army of Flanders, and the following year, he was promoted to commander of the army of the Rhine. In 1793, he was sent, with his army, to squash the uprising of the Vendee. Despite his successes, which included the capture of Saumur and the victory of Parthenay, he was accused of “inertia” and incivisme (“lack of civic virtue”, which was considered treason at the time). Realizing his position had become untenable, he resigned. Lauzun was then arrested and imprisoned first in the Abbaye prison in Paris, and then in Sainte-Pélagie. Here, he had an affair with an actress of the Comédie Française called Mademoiselle Raucourt.

Finally, Lauzun was transferred to the Counciergerie, tried, found guilty of “having left his armies in idleness” and sentenced to death. His last letter was addressed to a certain Citizeness Laurent:

“In a few hours my fate will be sealed, my poor, hapless friend, you are the more to be pitied, for your sufferings will not end so soon and you will weep for me for a long time to come. If I could glimpse some happiness for you in the future, that hope would much migrate the harshness of my fate. I have every reason to believe that my sex and the only friend that still remains to me in the world will take good care of you. I recommend you to the care of your brother and even of your lady companion. She will carry out that trust so necessary to my tranquillity.
Farewell, farewell, I embrace you again and for the last time.”

Lauzun was guillotined on December 31, 1793. His wife followed him on the scaffold the following year, on June 27.