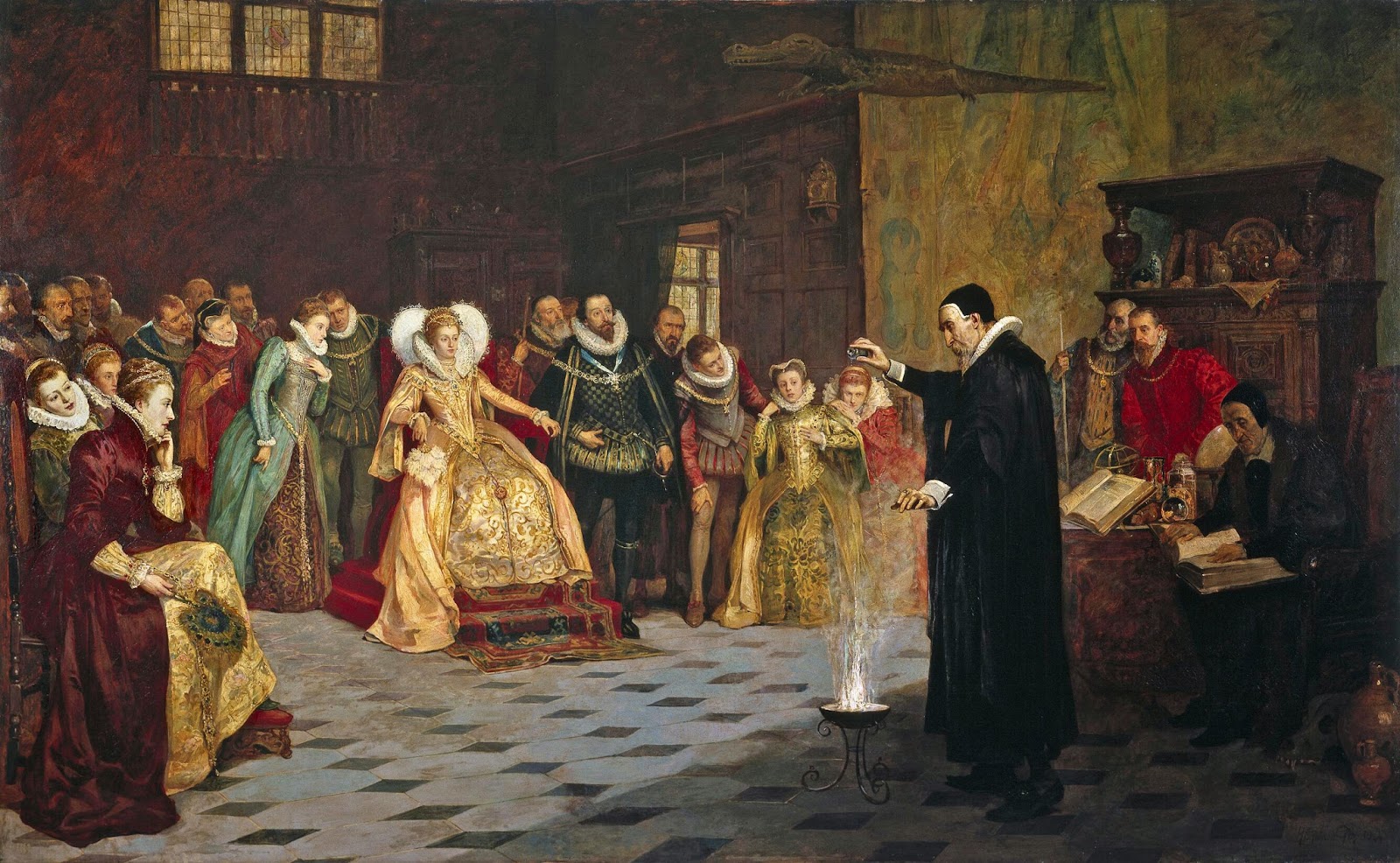 We arrived next at the royal palace of Greenwich, reported to have been originally built by Humphrey Duke of Gloucester, and to have received very magnificent additions from Henry VII. It was here Elizabeth, the present queen, was born, and here she generally resides, particularly in summer, for the delightfulness of it’s situation. We were admitted by an order Mr. Rogers had procured from the Lord Chamberlain, into the Presence-chamber, hung with rich tapestry, and the floor after the English fashion, strewed with hay, through which the Queen commonly passes in her way to chapel: At the door stood a Gentleman dressed in velvet, with a gold chain, whose office was to introduce to the Queen any Person of Distinction, that came to wait on her: It was Sunday, when there is usually the greatest attendance of Nobility.

In the same hall were the Archbishop of Canterbury, the Bishop of London, a great number of Counsellors of State, Officers of the Crown, and Gentlemen, who waited the Queen’s coming out; which she did from her own apartment, when it was time to go to Prayers, attended in the following manner; First went Gentlemen, Barons, Earls, Knights of the Garter, all richly dressed and bare-headed; next came the Chancellor, bearing the Sols in a red-silk purse, between Two; one of which Carried the Royal Scepter, the other the Sword of State, in a red scabbard, studded with golden fleurs de Lis, the point upwards: Next came the Queen, in the sixty-fifth year of her age, as we were told, very majestic; her face oblong, fair, but wrinkled; her eyes small, yet black and pleasant; her nose a little hooked; her lips narrow, and her teeth black; (a defect the English seem subject to, from their too great use of sugar) she had in her ears two pearls, with very rich drops; she wore false hair and that red; upon her head she had a. small crown, reported to be made of some of the gold of the celebrated Lunebourg table: her bosom was uncovered, as all the English ladies have it, till they marry; and she had on a necklace of exceeding fine jewels: her hands were small, her fingers long, and her stature neither tall nor low; her air was stately, her manner of speaking mild and obliging.

That day she was dressed in white silk, bordered with pearls of the size of beans, and over it a mantle of black silk, shot with silver threads; her train was very long, the end of it born by a marchioness; instead of a chain, she had an oblong collar of gold and jewels. As she went along in all this state and magnificence, she spoke very graciously, first to one, then to another, whether foreign ministers, or those who attended for different reasons, in English, French and Italian; for besides being well skilled in Greek, Latin, and the languages I have mentioned, she is mistress of Spanish, Scotch, and Dutch: Whoever speaks to her, it is kneeling; now and then she raises some with her hand. While we Were there, William Slawata, a Bohemian Baron, had letters to present to her; and she after pulling off her glove, gave him her right hand to kiss, sparkling with rings and jewels, a mark of particular favour: Wherever she turned her face as she was going along, every body fell down on their knees.

The Ladies of the Court followed next to her, very handsome and will shaped, and for the most part dressed in white; she was guarded on each side by the Gentlemen Pensioners, fifty in number, with gilt battle-axes; in the anti-chapel next the hall where we were petitions were presented to her, and she received them most graciously, which occasioned the acclamation of, GOD Save The Queen Elisabeth! she answered it with, “Thank You My Good People”. In the Chapel was excellent music; as soon as it, and the service was over, which scarce exceeded half an hour, the Queen returned in the same state and order, and prepared to go to dinner. But while she was still at prayers, we saw her table set out with the following solemnity:

A Gentleman entered the room bearing a rod, and along with him another bearing a table-cloth which after they had both kneeled three times, with the utmost veneration, he spread upon the table, and after kneeling again, they both retired. Then came two others, one with the rod again, the other with a salt-seller, a plate, and bread; when they had kneeled, as the others had done, and placed what was brought upon the table, they too retired with the same ceremonies performed by the first. At last came an unmarried lady, (we were told she was a Countess) and along with her a married one, bearing a tasting-knife; the former was dressed in white silk, who when she had prostrated herself three times, in the most graceful manner approached the table, and rubbed the plates with bread and salt, with as much awe, as if the Queen had been present: When they had waited there a little while, the yeomen of the guard entered, bareheaded, cloathed in scarlet, with a golden rose upon their backs, bringing in at each turn a course of twenty-four dishes, served in plate most of it gilt; these dishes were received by a gentleman in the same order they were brought, and placed upon the table, while the Lady-Taster gave to each of the guard a mouthful to eat, of the particular dish he had brought, for fear of any poison.

During the time that this guard, which consists of the tallest and stoutest men that can be found in all England, being carefully selected for this service, were bringing dinner, twelve trumpets, and two kettle-drums made the hall ring for half an hour together. At the end of all this ceremonial a number of unmarried Ladies appeared, who with particular solemnity lifted the meat off the table, and conveyed it into the Queen’s inner and more private chamber, where after she had chosen for herself, the rest goes to the Ladies of the Court. The Queen dines and sups alone with very few attendance; and it is very seldom that any body foreigner or native, is admitted at that time, and then only at the intercession of somebody in power.

Further reading:
A Journey Into England: In the Year M.D.XC.VIII. by Paul Hentzner