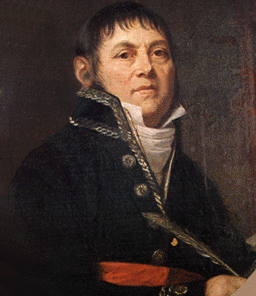 Bernard François Balssa (or Balsa) was the father of the great French novelist and playwright Honore De Balzac. He was also the first to add a “c” and the particle “de” to his surname, something his son would often be reproached with throughout his life. But who was Bernard François Balssa? Born on 22nd July 1746 in the small village of Nougaire, in the south of France, he came from a family of peasants. At 14, he left the village and never returned there again. What became of him?

Francois became secretary to the Grand Council under Louis XV, and attorney to the Council under Louis XVI. During the revolution he was secretary to the minister of the navy, Bertrant de Molleville, and then director of the commissary department in the first division of the Armée du Nord, stationed at Lille. Because of his work, Francois had to travel a lot all over the country. Maybe that’s part of the reason why he married when he was already quite old, at 52. The bride, Laure, was only 18 and the daughter of one of his superior officers, Sallambier, attached to the Ministry of War and director of the Paris hospitals. She was cultured, with a distinction of manner and attitude, and beautiful.

Francois instead had a large head, “a smooth-shaven face and florid complexion, a powerful chin and full cheeks, framed in short, brown ‘mutton-chop’ whiskers, a small mouth with thick lips, a long straight, slightly bulbous nose, an energetic face lit up by black eyes, brilliant and slightly dreamy, beneath a broad, determined forehead overhung with stray locks of hair, gathered back in the fashion of the Republic […] François Balzac had furthermore an agreeable presence and a self-satisfied manner, and it pleased him to boast of his southern origin.”

He was also a reformer and had many new ideas that were different from those accepted by public opinion at the time. These characteristics made him stood out from the crowd when he and his wife moved to Tours, where the commissary department of the twenty-second military division, of which he had got the direction thanks to his father-in law was stationed. The inhabitants of Tours were calm and placid and they soon started to call him eccentric, something that really annoyed him. But what were these new and original ideas he had? 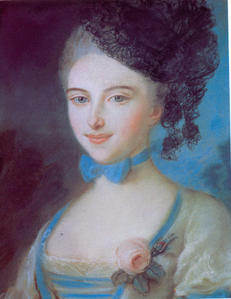 He was a disciple of Rousseau. He was very critical of existing governments. But he was most of all obsessed with the idea that men could live 100 years or more if they took proper care of themselves (and of course he believed himself to be one of the few destined to live that long). He praised the Chinese for their longevity and sought means to maintain a good health. But while Francois was right to believe that by taking proper care of your health, you can live longer, this turned into an obsession for him and he developed more sinister ideas. He believed, for instance, that governments should apply a method of eugenic selection to marriage, so that in a few years every human being would be healthy, strong and robust! There was no place in his world for weak, crippled or invalid people. He also wrote several essays and pamphlets such as An Essay regarding Two Great Obligations to be fulfilled by the French (1804, in which he proposed to build a monument to celebrate the glory of Napoleon and the French army), An Essay on the Methods of preventing Thefts and Assassinations (1807) and The History of Hydrophobia (1819).

Despite his radical ideas, he became, in 1804 the administrator of the General Hospice and several years later, he refused the mayoralty, to keep working with the sick and convalescent. He also introduced there a reform to provide paid work for old men. In the meantime, his family grew. His first child died, but four more – Honoré, Laure, Laurence, and Henri – survived. His relationship with his children, and in particular with Honoré, wasn’t always easy. Honoré knew from a very early age that he wanted to become a famous writer and had the talent to achieve his dreams. But his family didn’t think so. So, when Honoré grew and it was time for him to do something with his life, his father decided he should become a notary. François had a friend that was willing to to turn over his practice to him after a few years of apprenticeship,but Honorè refused. Writing was his life and that’s what he would do.

François couldn’t understand this decision. That of a notary was a remunerative and respected occupation, and because of this very sought-after too, profession. And the family needed this money too. He was now retired and had made some bad investments so his fortune had depleted and, as the eldest son, Honoré was supposed to contribute and help financially. And rapidly too. He and his wife considered Honoré’s refusal scandalous. They thought he was an ingrate to throw away such an opportunity to follow his dreams, which, they believed he had little hope to fulfill. But in the end, they decided to give him two years to try his luck as an author. Hiding the news from their friends in the case he should fail, they sent him to Villeparisis with an annual allowance of fifteen hundred francs, which was quite a small sum. But when, two years later, Honoré presented his tragedy Cromwell to his family, they were less than impressed.

Undaunted, Honoré would keep pursuing his dream amid poverty and privations, although whenever one of his many business ventures failed, his family helped him out financially. And then reproached him for not pursuing a notary career. He could have been well-off and respected instead, now an adult man, he didn’t seem any nearer to fulfill his literary ambitions. Yet, when François died, his son suffered greatly for his loss. François wasn’t destined to live 100 years after all. He died on June 19, 1829, due to the side effects on an operation on the liver.