Don’t ask me why I read this awful saga. I shouldn’t even have finished the first book and instead I’ve read all six of them. Maybe I did because my mom is a fan and I wanted to see what the hype was about (and as she has them all, I didn’t really spend a cent on them). Maybe I was curious to see if the author’s writing improved with time. Or maybe I’m just a masochist. In any case, I’ve read it and I’m now telling you why you shouldn’t. Unless you’re an erotica fan. Then you may just like it. 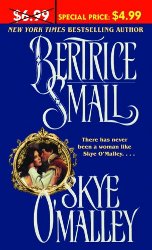 Skye O’Malley, the first book in the O’Malley saga, tells the story of Skye, a beautiful, fiery Irish woman who’s forced by her father to abandon the man she loves, Neill, to marry one she detests and who continually abuses her. When he finally dies and it seems like true love can triumph, she’s captured by pirates and ends up in a harem in Algeri. By the end of the book, she’s had several children by four different husbands and forged a love/hate relationship with Queen Elizabeth I.

SPOILER ALERT
All The Sweet Tomorrows is one of the worst books in the saga and the one that really pissed me off, mainly because of the horrible, sometimes senseless plot. This time it is Neill who ends up in a harem and of course Skye decides to rescue him. But the only way to enter the city is to become a sex slave to one of the inhabitants, who abuses her practically every second of every day. She puts up with that to save Neill, only that there’s no way a sex slave can leave the harem so in the end, it’s their friends who have to rescue them both. Talk about a crappy plan. Had they devised something cleverer, he would probably have been freed a lot sooner. Oh, and as soon as he is safe, he dies. And a few months later, she’s already madly in love with someone else. Can someone tell me why I endured reading a crappy book and a half to see true love conquer all only to be told halfway through the second book that it wasn’t true love after all as her soulmate was someone else entirely? After that, I could never warm up to the poor fella and always disliked him in the following books too even if he’s not all that bad really.
SPOILER OVER

A Love For All Time tells the story of Conn O’Malley, Skye’s little brother. A favourite of Elizabeth I, he caused such a scandal that the Queen forced him to marry the heiress Aidan and settle down. They fall in love but then, you guessed it, she ends up in a harem! At this point, this is getting quite ridiculous. I’m sure many European women ended up in harems throughout the centuries, but what are the chances of most of the women (and men) in a family ending up there (sometimes even twice)? I get it that the author is fascinated with the Orient and there’s nothing wrong with that, but that doesn’t mean she has to write about it in every book! It just stop being believable after a while. In any case, this is the best book out of the saga, mainly because unlike the other female heroines, Aidan is normal. She’s not selfish, reckless and silly like the other O’Malley women. She’s capable of brave deeds when the occasion warrants them, but the rest of the time she’s quite calm and full of common sense. 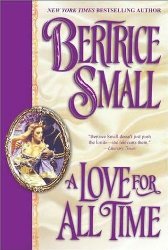 This Heart Of Mine is instead the worst book in the series. We’re told that Velvet is a smart, fiery lady, but to me she just seems a spoiled brat who throws a tantrum whenever things don’t go her way. We’re also told, at the end of the book, that she’s apparently grown up and matured a lot after all she went through (yep, she ends up in a harem too, but this time in India) but she’s just as reckless, selfish and spoilt as ever, possibly even more than her mother Skye. There is also some subplot at the end that is totally unnecessary and just contributes to make the book longer than it needs to be.

Lost Love Found tells the story of Valentina, Aidan’s daughter. Remember her mother had ended up in a harem? Well, without giving away too much, she had slept with three different men, including her legitimate husband, in a short space of time and wasn’t sure who the father of the baby she was carrying was. Upon learning that, Valentina needs to go to Istanbul to find out who her true father is. There’s no point in telling her it’s impossible to know for sure since DNA tests weren’t available at the time. She must go. And guess where she ended up? At this point, I’m not even gonna rant about it. And of course her search is successful. Cos you know, who needs DNA tests to know for sure after all? In other words, the plot isn’t really believable. Of course there’s a lot of other stuff happening before the book ends, but I can’t reveal too much. If you’re interested, you’ll have to read it.

Wild Jasmine is the last book in the series and tells the story of Jasmine, Skye’s granddaughter. Brought up as a princess in the Orient, she’s forced to escape from her country and go to live with her English family. Jasmine is the one who is more like Skye and the two share a special bond. Jasmine too will find love with several men before running away from the one she’s truly destined to be with. I’m not really sure what more to add without revealing too much, even though if you’ve read the other books in the saga, you’ll find there really isn’t anything new here.

Bertice Small books aren’t exactly historical novels. They’re erotica novels set in the past (in this case, the sixteenth century). Sex takes up a huge chunk of the books, and it seems that the only reason so many of her heroines end up in harems is so that she can write about sex practices and perversions that took place in there. Although to be fair, some of the English villains can be just as perverted too. Of course not all the sex scenes are really bad, there is also a lot of “normal” lovemaking. But the thing that really bothers me is not the sex itself, but the fact that her heroines, although despising some of the men they are forced to have sex with, and not consenting to the act voluntarily, end up enjoying it. Because apparently, when a woman’s body is touched in a certain way, it can’t help but react and feel pleasure. Call me a prude or a moralist, but to me this is condoning and glamorizing rape. In those situations any woman would be scared, not aroused.

Historical accuracy is also lacking. There are so many mistakes in this book that I just can’t list them all. And to make things worse, the author is so determined to show that she’s done her homework (she does get a few things right too) that when she explains political situations and events it feels like you’re reading a text book. Not to mention that every time a new character appears or is mentioned, we’re told of the history of his entire family. Because when someone asks you who you are, it is normal to say what you, your parents, your uncles, your grandparents and everyone remotely related with you does. Sure, this kind of information may have been important in the past, especially when discussing marriage deals, but I wish it were done in a natural way that doesn’t sound like a boring genealogy lesson. 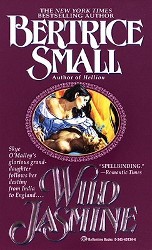 In addition, there is no character development. In fact, the characters are described in a way and act in another. We’re told that all the lead female characters are clever and intelligent, yet they keep acting impulsively without thinking of the consequences which always lands them in trouble. And they’re also quite selfish, stubborn and spoiled. And of course they never age. Even after several pregnancies, they’re still toned and thin. Also, the characters tend to be all black and white. The good ones being perfectly ok with women being independent, choosing their husbands, keeping control of their wealth and fortune even after marriage, preaching religious tolerance, and the bad ones being against all these things. Now I don’t doubt that were people who really respected women and all religious faiths in the Tudor era, but things weren’t really as black and white at all. It’s all very anachronistic but I guess that historical romance readers are more interested in political correctness than historical accuracy.

Summary:
Overall, the Sky O’Malley saga is truly awful. It lacks historical accuracy, character development and interesting plots as the same events keep happening again and again, only to different people. They’re more erotica novels than historical romances really and some of the sex scenes may leave some people feeling really uneasy.

Available at: amazon UK and amazon US