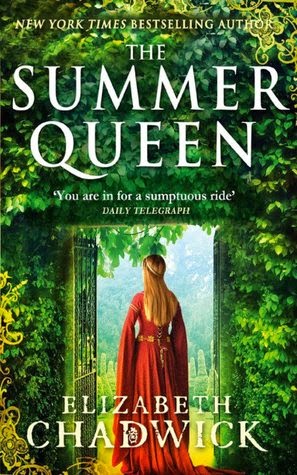 Eleanor of Aquitaine, the legendary 12th century queen of France and later of England, is one of the most powerful and irrepressible women in medieval history, and her story of romance, scandal and political intrigue has fascinated readers for centuries.

Young Eleanor (or Alienor as she was known) has everything to look forward to as the heiress to the wealthy Aquitaine. But when her beloved father William X suddenly dies, childhood is over. Sent to Paris and forced to marry Prince Louis VII of France, she barely adjusts before another death catapults them to King and Queen. At the age of just 13, Eleanor must leave everything behind and learn to navigate the complex and vivacious French court. Faced with great scandals, trials, fraught relationships, and forbidden love at every turn, Eleanor finally sees what her future could hold if she could just seize the moment.

The first in this highly anticipated trilogy, The Summer Queen follows Eleanor through the Second Crusade to the end of her marriage to Louis VII. The author’s meticulous research (including delving into the Akashic records) portrays the Middle Ages and Eleanor with depth and vivid imagery unparalleled in historical fiction that will keep readers riveted and wanting more.

Wife of two kings, mother of three more, and ruler in her own right of one of Medieval France’s wealthiest duchies, Eleanor of Aquitaine is one of those historical figures that has always managed to fascinate each succeeding generation. A lot has been written about her. Both historians and writers alike have dissected her story, debunked or created myths about her life, or came up with their own version of this remarkable woman. Now, it is Elizabeth Chadwick’s turn to tell her story.

The Summer Queen is the first book in her trilogy about Eleanor of Aquitaine and covers a period of her life that is often neglected by most novelists: her first marriage to Louis VII, up to her ascension to the throne of England. Shortly after her father’s death, a 13 year old Eleanor is forced to marry Louis, the pious heir to the throne of France who had, before his brother’s death, been destined for a career in the Church.

His devotion to God is, unfortunately for Eleanor, used by Louis’ advisers, eager to gain influence over him and keep his wife outside of all political affairs, to paint her as an evil temptress sent by the devil to lure him into sin. Over the course of their marriage, Louis turns from an infatuated young husband into an abusive middle-aged one who sees her failures to give him a son as a proof that she has displeased God rather than one of his own reluctance to consummate the marriage regularly. Page by page, and year by year, Eleanor, despite all her efforts to make her marriage work, finds herself in a more precarious, both mentally and physically, position. You can literally feel her pain, her torments, and her anguish, as her golden cage gets smaller and smaller around her.

Things only get worse on the crusade to the Holy Land, and, finally Louis agrees to an annulment. But freedom, for Eleanor, a very wealthy woman still young enough to have children, is more dangerous than marriage to Louis. With so many suitors willing to do whatever it takes, including kidnapping and raping her to get their hands on Aquitaine, the shrew and practical Eleanor knows she must remarry quickly to a strong and powerful man she can hopefully mould so they will be finally able to rule as equals. Her only choice is Henry of Normandy, and Anjou, heir to the English throne.

Just as compelling is the story of her sister Petronella and her husband Raoul. Theirs is a love affair that turns almost murderous when an insecure Petronella, fearful that Raoul will abandon her like everyone else she loved did, is unable to contain her jealousy. Her fits of passion, both of joy and of jealousy, of love and of fear, are so intense, that her mental health is always at risk. I enjoyed this subplot so much that I almost wish Chadwick had written a separate novel about them!

It is clear that Chadwick has done her research meticulously well. Everything in the book is vividly and accurately described, bringing to life all the different places Eleanor visited during the first part of her life, the palaces she inhabited, and the world she lived in. Every little detail is woven in the story seamlessly, giving the reader the impression that they are standing there, just right next to the characters, witnessing history as it unfolded all those centuries ago. Even Eleanor’s name is accurate to the time period. Chadwick calls her Alienor, as she was known during her lifetime. All the characters, too, are very well-developed, allowing the reader to see how all the different circumstances and events of their lives shaped and moulded them.

Summary:
The Summer Queen is historical fiction at its best. The first book in the Eleanor of Aquitaine’s trilogy by Elizabeth Chadwick, it tells the story of this Queen from her first marriage to Louis VII to her ascension to the throne of England. Meticulously researched, beautifully written, with an engaging plot and fascinating characters, The Summer Queen brings Eleanor and her world vividly to life.

Disclaimer: this book was sent by PR for consideration. In addition, this post contains an affiliate link