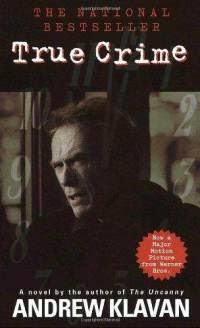 Synopsis:
In the heat of the city, a man is out of time: speeding in a beat-up Ford Tempo, blasting easy-listening music. Reporter Steve Everett drinks too much, makes love to his boss’s wife, and has just stumbled upon a shocking truth: a convicted killer is about to be executed for a crime he didn’t commit.
In the cold confines of Death Row, Frank Beachum is also out of time. Ready to say good-bye to the wife and child he loves and hello to the God he still believes in, Beachum knows he did not kill a convenience store clerk six years ago. But in a few hours—if Steve Everett can’t find the evidence to stop it—a needle is going to pierce Frank Beachum’s skin.
The killing machine is primed. The executioner is waiting. And so is the priest. Now the clock is ticking down and the race is on—between the reporter and his demons, between the system and its lethal flaws, between the last innocent man and society’s ultimate crime . . . .

Steve Everett is a reporter working for the St. Louis News. He’s arrogant, drinks and smokes too much and pretty much everyone can’t stand him. His job, just like his marriage, is hanging by a thread after he’s been caught sleeping with the newspaper’s editor’s wife. Steve is enjoying his day off when one of his colleagues, a young girl named Michelle, is involved in a car crash and he’s called back to work to cover her assignment: a last interview with Frank Beachum, a man sentenced to death for killing a pregnant cashier at his local convenience store six years earlier. Frank has always pleaded his innocence but, apart from his wife, no one, not even his lawyers, have ever believed him. All his appeals has been rejected and all is left for him to do now is talk to the reporter, say goodbye to his wife and daughter, and die.

While getting ready for his interview with the convict, Steve notices several inconsistencies in the stories which have been overlooked. But only eighteen hours remain before Beachum is executed. Will Steve be able to prove Beachum’s innocence and save his job at the same time? It’s no easy task and not just because of lack of time. The inconsistencies are so small and they all seem to have such a logical explanation that at times Steve too wonders if the only reason why he believes Beachum to be innocent is because he wants to believe it so that he can save the day, become a hero and keep his job (and maybe his wife too). And the reader is left desperate to turn the page wondering, “Is he really guilty or not?” and “will he be executed or not”?.

However, while the reader is eager to follow Everett on his mission, the scenes in Beachum’s cell become more and more difficult to read as the day progresses and could even make you shed a few tears (I know I did). We follow him while getting ready to say goodbye to his family, writing a heart-rending letter to his little girl and wrestle with his emotions – anguish, fear, desperation, horror – at what is about to happen. Even religion, which had supported him for the past six years, doesn’t seem to offer him much consolation anymore as his execution nears.

The book is well-written, full of suspence and full of coarse language but I don’t mind that. I know I complained about the rude language in Spencerville by Nelson DeMille just a few days ago but that’s because in the book it was mostly unnecessary. Here it just makes the story more real as that’s exactly the language the characters would have used in real life. It fits their personalities and the situation they are in. I’m sure the language will bother some people, but I hope it won’t put them off from reading this book cos it is a good, fast-paced thriller that you won’t be able to put down.

Summary:
I really enjoyed True Crime by Andrew Klavan. It is a well-written, fast-paced, can’t-put-it down thriller. It tells the story of a reporter, Everett, trying to prove the innocence of a man sentenced to death for committing a murder. And he only has 18 hours to do it. It is a very emotional read, full of suspence, twists and turns, with characters you can identify with. The language is very coarse at times though.

Available at: Amazon US, Amazon UK and Barnes & Nobles