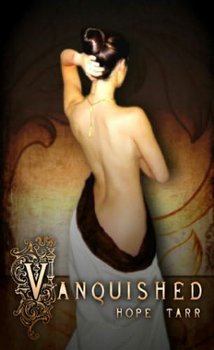 Synopsis:
Known as The Maid of Mayfair for her unassailable virtue, unwavering resolve, and quiet dignity, suffragette leader, Caledonia —Callie — Rivers is the perfect counter for detractors’ portrayal of the women as rabble rousers, lunatics, even whores. But a high-ranking enemy within the government will stop at nothing to ensure that the Parliamentary bill to grant the vote to females dies in the Commons — including ruining the reputation of the Movement’s chief spokeswoman. After a streak of disastrous luck at the gaming tables threatens to land him at the bottom of the Thames, photographer Hadrian St. Claire reluctantly agrees to seduce the beautiful suffragist leader and then use his camera to capture her fall from grace. Posing as the photographer commissioned to make her portrait for the upcoming march on Parliament, Hadrian infiltrates Callie’s inner circle. But lovely, soft-spoken Callie hardly fits his mental image of a dowdy, man-hating spinster. And as the passion between them flares from spark to full-on flame, Hadrian is the one in danger of being vanquished.

Hadrian St. Claire, son of a prostitute, spent his first years living in a brothel. One day he escaped and managed to attract the interest of a patron, the then prime minister William Gladstone, who helped him to become a portrait photographer. Hadrian specializes in women portraits and, very often, he beds his models too. But his shop isn’t too successful, and, in addition, Hadrian has a bad gambling habit. He owns a huge amount of money to Bull Boyle, whom sends two henchman to extract the money from him with any means necessary. In the end, they agree to give him a few days to come up with the money, but how to raise it?

A mysterious customer enters his shop one day and offers him the huge sum of five thousand pounds to vanquish Caledonia Rivers, the leader of the London suffragette movement, by taking an exposed photograph of her. Caledonia is a determined, strong and decent spinster who lives with her aunt. Hadrian doesn’t like the job, but he can’t afford to turn it down either. So he simply hopes that behind her proper facade, Caledonia isn’t too nice after all. Of course Hadrian and Caledonia are, from the start, very attracted to each other and soon, the game of seduction begins. But when the moment comes, will Hadrian be able to fulfill his end of the bargain?

Both Callie and Hadrian are very interesting characters. Callie is not considered particularly pretty by the standards of her time, and because of it, she suffers from low self-esteem that makes her act awkward and clumsy in public. But she’s also very clever and, when she’s fighting for her cause, she’s very determined and firm. Hadrian is a rogue with a good heart. He comes from the poorer class of society and has known misery, abuse and exploitation. He’s a bit of an user, but at the same time, he feels compassionate towards the other poor people of the country and he will be the one to teach Callie that, as important as getting the vote for women is, the poorer women of society don’t need it as much as they do better working conditions and housing, for instance.

The love scenes between them are very sensual. Hadrian seduces her slowly and their relationship becomes more and more erotic with each encounter. However, there is a disturbing, non-consensual sex scene in the book that some people may have a problem with. I wouldn’t wanna say more though as I’d just be giving too much away. But the best thing in the book for me was the rich historical background. The author skilfully portrays the social, economic and cultural conditions of the poorer classes in the Victorian era, giving the reader a better understanding of what struggles and hardships they had to face daily. The suffragette issue is, too, explored in-depth, but not so in­­­­­­­-depth as to sound like a boring history lesson.

However, there were a couple of things I didn’t like about this book. Although the main story line is quite interesting, there is something slightly predictable in every chapter. It may be an unusual historical romance, but it still has quite a few of the cliche of the genre. The ending was a bit contrived in my opinion as well, but well-written and, overall, it fit the story quite well. But overall, Vanquished, with its nice characters, rich historical tapestry, good writing and enough interesting twists to make up for the cliches, is a winner.

Summary:
Vanquished is an unusual romance novel. The plot, although predictable, is captivating and well-executed, the hero and heroines are interesting, and the writing style engaging. But what really makes this book shine is the rich and vivid description of Victorian London and its population. The author highlights issues, such as the deep poverty of the lower classes, factory strikes, suffragette movement and prostitution, that very few romance authors have the courage to tackle. I definitely recommend it to those who are tired of the usual bodice-ripping novels (although there’s a lot of sex here too, and it’s not always consensual) with silly heroines and full-of-cliche plots.

Available at: Amazon UK and Amazon US