today I want to share with you short “reviews” of classic Gothic books. I’m using the double quotation marks because I have no intention of explaining these books to you. Although I like to discuss and study books, I’m not so presumptuous to consider myself an expert on the subject, and so I will just share my humble opinions and impressions of these novels. I hope you’ll enjoy it: 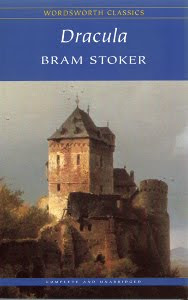 Dracula by Bram Stoker
Jonathan Harker, a British solicitor, is travelling to Transylvania to visit Count Dracula on a legal business errand concerning the Count’s recent purchase of a house in England. But once there, strange, terrible things start to happen which seriously threaten, and almost put an end to, Jonathan’s life. The first part of the story is revealed to us thanks to the journal he keeps during his visit but later the plot expands and we know how it progresses by reading the other characters’ journals and notes as well as newspaper articles. I love this way of telling the story as it allows us to follow the actions and thoughts of all the characters involved. It also ensures the reader gets engrossed and lost in the story, never wanting to put the book down. The second part of the story takes place in England. Lucy Westerna, a good friend of Jonathan’s fiancée Mina, falls suddenly ill. Dr Sewards, one of Lucy’s three suitors, tries to help. He calls in his friend Van Helsing, the vampire hunter, to help cure Lucy. And so starts the fight to destroy the Count, who is simply a monster without a conscience, but very cunning and determinate, with an insatiable thirst for blood. He lacks the romantic charm and attractiveness characterizing vampires in literature and TV nowadays. To modern readers, the story may seem to move along quite slowly, but in fact, no part of the plot is superfluous. It is full of suspence and at times quite terrifying, with Stoker skillfully building up tension leading up to the ending. He is also a master at creating a terrifying atmosphere and make the reader feel as if he/she too is there, next to the characters. The characters too are well-rounded and developed, showing both their weakness and their strengths. And while the language is at times archaic and laborious, the book is a captivating and chilling, well-written tale.
Available at: Amazon.com
Rating: 4.5/5 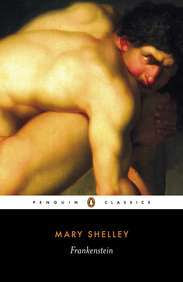 Frankestein by Mary Shelley
I had put off reading this book for the longest time because, just like with Dracula, I was deceived by all the Hollywood movie adaptations to believe it was a gruesome horror story, but it really isn’t. It’s science fiction, and gothic, and terrifying and really, really good. Young scientist Victor Frankenstein, whose mother has just passed away, wants to find a way to overcome death and so decides to secretly create a human being. When he finally manages to bring his creation to life, he is horrified by it and doesn’t want to have anything to do with it. The novel is told through letters, diary accounts and the main characters, Frankestein and the “monster” he created. As in Dracula, this stratagem makes us understand the characters betters and makes us lose ourselves in the story. It is impossible not to feel sorry for the “creature” and the way everyone, including his creator, has turned him away. Frankestein even rejects his last request of creating a companion for him which, although is understandable, actually condemns the creature to spend the rest of his life utterly and completely alone. This creature wasn’t born a monster and had Frankestein taken his responsabilities towards him, things could have ended so very differently. That’s why, even though the reader can’t justify the horrible crimes he will commit to take his revenge, he/she understands why he’s doing what he’s doing. It is also easy to understand the remorse the scientist felt at having created the “monster” in the first place, although I found his running away instead than facing his responsabilities really annoying. But overall the characters are well-rounded and developed and the story interesting and with a powerful message, although it progresses at a really slow pace. There are millions of things that could be sad about this book, and many more have been said by more eminent people than myself, so I won’t go into a long discussion. Suffice it to say that Frankestein is a great example of what happens when men decide to play God and interfere with nature. The consequences are catastrophic.
Available at: Amazon.com
Rating: 4/5 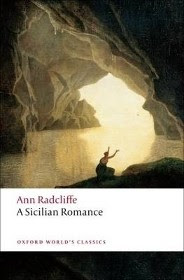 A Sicilian Romance by Ann Radcliffe
The story is told by a traveller to Sicily who reads a manuscript about a castle and his inhabitants, the Mazzini family. The story is set in he late 1500s. After his first wife dies, the cruel marquis of Mazzini, remarries to a beautiful but selfish and vain woman and the couple moves to Naples. He brings his son Ferdinand with him but his daughters Julia and Emilia are left at the castle in the care of one of their late mother’s relatives. The two girls grow up into beautiful, charming and gentle women, and, when their father return to the castle following the death of a faithful servant, their stepmother becomes jealous of them. Even more so, when at a party given at the castle, Hippolitus, the man she wants to have an affair with, falls in love with Julia and she reciprocates his feelings. But her father promises her hand in marriage to the rich but evil Duke de Luovo and so the two must elope. Their attempt fails but Julia manages to escape alone. The Gothic element in the story is a ghost, who seems to haunt a part of the castle and terrifies all its inhabitants, bar the marquis who doesn’t believe in supernatural beings. And this is only the first part of the book. The plot is full of twists and turns but it is neither scary nor exciting. I think part of the problem is the characters. They are all either good or bad, and they don’t develop or grow. And they are quite boring really. There’s not a single character I particularly liked or hated and, because of this, I wasn’t particularly interested in their story. However, the descriptions of the places and nature is superb. They are very detailed and, at times terrifying, but also poetic and greatly contribute to give the novel its Gothic atmosphere. Overall, I like the book. The story is nice and well-told, it just lacks that something…
Available at: Amazon.com
Rating. 3/5

Have you ever read these books before? What did you think of them?