today I want to share with you my impressions and thoughts on three classic books I’ve been rereading recently. I hope you’ll like them and feel free to share your opinions. I’d love to know what you think about them too.

Lady Chatterley’s Lover by D.H. Lawrence
Lady Chatterley’s Lover is one of those books that caused a lot of controversy when they came out and were even banned by the government. The story is very simple: Lord Chatterley returns from World War I paralyzed from the waist down. His wife takes care of him but pretty soon this situation takes its toll on her and she starts to feel bored and stifled. So, she starts having affairs. First, with one of her husband’s friends, next with their gamekeeper. And that’s exactly what shocked society at the time. The fact that an aristocratic lady could love a commoner, together with the explicit sex scenes and the bad language used in the book. Now, I don’t mind sex scenes and bad words if they are functional to the story, but in this case, I think the author relies on them too much. The relationship between Connie, Lady Chatterley, and Oliver, is mostly sexual and it’s not really explained what else attracts them to each other. Also, the characters aren’t well-developed and I just didn’t like nor care for any of them. I do get that Lawrence is using this story to convey the meaning that human beings are animals and we need to accept this, our nature, and try to become more human, to resist industrialization and go back to nature, and stop thinking about making as much money as possible at the risk of destroying our world. It also contains a very interesting social commentary: Lawrence brilliantly captures the class divisions of his time and the problems and mores of his age. But the book focuses so much on these issues that the characters stay in the background most of the time and and I guess that’s why they aren’t properly developed. And that’s also why I didn’t enjoy the book. I felt like reading an essay on society in the early 1900s, with an affair thrown in. Had the book been either a love story or an essay, I would have liked it more. As it is, the essay part gets boring at times simply because you want to know what’s gonna happen to the characters, while the love story is weak because the characters are weak. Overall, it’s not a bad book, it’s just very clumsily written.
Available at: amazon.com
Rating: 3/5 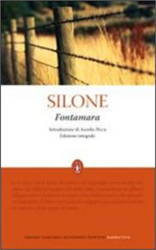 Fontamara by Ignazio Silone
Fontamara tells the story of the inhabitants of a fictitious little village called Fontamara, situated in the Abruzzo region (in central Italy). The villagers are poor and uneducated people who have always been abused by the rich landowners they work for and the government, and they have come to see this situation as normal and are resigned to it. But with the advent of Fascism, their situation becomes even worse. First, their electricity is cut off and then a man comes to their village and, after a speech no one understands, asks them to sign a blank paper. When reassurred they won’t have to pay anything, they sign. Next thing they know, the small river that irrigated their small, poor fields has been deviated from his usual course to irrigate the lands of a wealthy landowner. For the villagers, this means certain starvation and death. They ask for help to the institutions but all they get are meaningless compromises. This is also a time when people had to be very careful about what they said for fear that their speeches may be considered anti-fascist and they enemies of the State, which is exactly what happens to them. Then one day, one of the landless Fontamaresi, Berardo Viola, goes to Rome to find a job so that, once he’s earned enough to buy his own land, he will be able to marry his sweetheart Elvira. However, no one is willing to give him a job and one day, he is arrested on suspicion of fomenting rebellion. Although innocent, he confesses to be the underground leader the police has been seeking for the past few months so that the real one will be able to escape and continue his mission. The book has a strong political agenda. It condemns Fascism, but, because Silone was a member of the Italian Communist Party, his solution to the peasants problem is strongly influenced by Marxism. They need to stop accepting these abuses as normal and God-given and unite to fight. While I agree that things need to change, I don’t really think that substituting one totalitarian regime with another is a solution.. Some also say that Silone has exaggerated the peasants’ hardships on purpose to further his political agenda, which may be true, but abuses of this kind and the peasants’ mentality are sadly typical of the South Italy way of thinking and life, which is finally but slowly beginning to change. The book is narrated by a family of Fontamara – father, mother and son – who take it in turn to share the events they themselves have witnessed. A nice stratagem even if it can be slightly confusing at times. Overall, though, it is a good book that will make you think.
Available at: amazon.com
Rating: 4/5 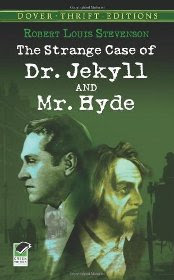 The Strange Case Of Dr Jekyll And Mr Hyde by Robert Louis Stevenson
I had put off reading this book for the longest time because I thought it’d be morbid and dark and well, it is a bit dark, but it is also fascinating. I was also surprised by how short the book is. I was expecting a full novel and got a short story instead but I ain’t disappointed at all as it is a wonderful tale and well-written too, although obviously the style is somewhat archaic. Dr Jekyll is a young, nice and well-mannered scientist who would like to let his wild side loose every now and then. And so he creates a potion that separates the good and evil in a human soul. When he drinks it, the good and mild Dr Jekyll turns into the evil and foul Mr Hyde. Jekyll sets up money and residence for Hyde and even mentions him in his will, which will prompt his lawyer to find out more about this mystery. However, soon the scientist loses control of his bad side with disastrous consequences. The novel is about the presence of both good and evil within all human beings and how these two sides are constantly struggling with each other inside us. There are times when all of us are tempted to do something we know we shouldn’t, to satisfy our own wants and needs without worrying about the consequences and if someone else gets hurt in the process. But doing that would make us lose our sense of self, our place in a community and the love and respect of our fellow human beings. This book is a wonderful reminder of how we need to constantly balance both sides daily and, although it can be a bit patronizing at times, it’s overall a well-written story with a strong message.
Available at: amazon.com
Rating: 4.5/5

Have you read any of these books? What did you think of them?