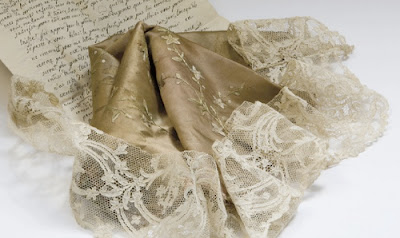 Marie Antoinette is known for her fashionable and sometimes extravagant, dress style. Whenever she wore something new, everyone at her court, would imitate her, as this anecdote shows:

In the summer of 1775, the queen being dressed, in a brown lutestring, the king good humouredly observed, it was “couleur de puce” the colour of fleas; and instantly every lady would be drest in a lutestring of a flea colour. The mania was caught by the men; and the dyers in vain exhausted themselves, to supply the hourly demand. They distinguished between, an old and a young flea, and they subdivided even the shades of the body of this insect; the belly, the back, the thigh, and the head, were all marked by varying shades of this colour. This prevailing tint, promised to be the fashion of the winter. The venders of silk, found that it would be pernicious to their trade; they therefore presented new sattins to her majesty, who having chosen one of a grey ash-colour, Monsieur, exclaimed that it was the colour of her majesty’s hair! Immediately the fleas ceased to be favourites, and all were eager to be drest in the colour of her majesty’s hair.Servants were sent off at the moment, from Fontainebleau to Paris, to purchase velvets, rateens, and cloths of this colour. The current price in the morning had been forty livres per ell, and it rose towards the evening to the price of eighty to ninety livres! […] Such was the continuous demand, that some of her majesty’s hair was actually obtained by bribery, and sent to the Gobelins, to Lyons, and other manufacturies, that the exact shade may be caught.

Further reading:
Domestic anecdotes of the French nation during the last thirty years: indicative of the French revolution by Isaac Disraeli