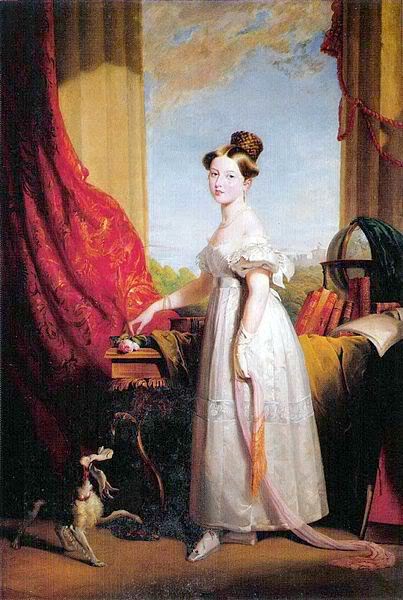 Queen Victoria had a lonely childhood. After the death of her father when she was just a baby, her mother, the Duchess of Kent, raised her under the “Kensington System”, an elaborate set of rules and protocol she devised with her her comptroller, Sir John Conroy, to keep the child dependant on them. Both her mother and Conroy strictly controlled anyone Victoria met, and forbade her from playing with other children.

An exception was Victoire, Conroy’s daughter, but the two never became great friends. Instead, the young princess was very close to her older step-sister Feodora. When, after her marriage, Feodora moved to Germany, Victoria spent most of her time with her governess, Louise Lehzen. 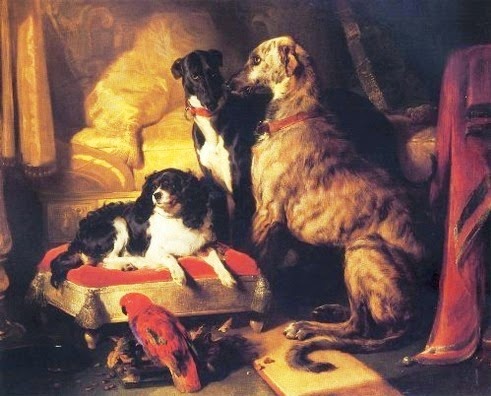 It’s easy to see why, when in 1833 Conroy gave the Duchess of Kent a black and white King Charles Spaniel called Dash, the 13 year old Victoria fell in love with him and “adopted” him. The princess often played with her “dear Dashy” and even gave him presents at Christmas. In 1833 the lucky dog got two pieces of gingerbread and a set of rubber balls. The dog was very fond of Victoria too. Once, when she went sailing on a boat, he jumped in the water and swam after her!

Victoria didn’t forget her little friend when she became Queen. The first thing she did once she returned to Buckingham Palace after her coronation was to rush to her rooms and give Dash his usual bath!

The faithful dog died in 1840, and was buried at Adelaide Cottage in Windsor Home Park. A marble effigy was erected over his grave. It bears this inscription: