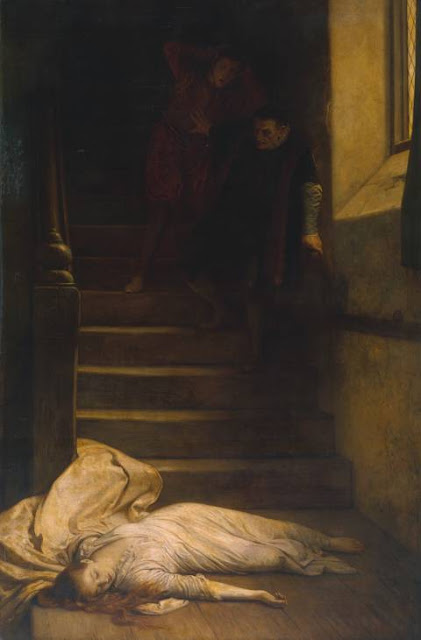 In 1560, Amy Robsart, Robert Dudley’s wife, was conveniently found dead at the foot of the stairs at Cunmor Palace, near Oxford. Her husband, now free to marry Queen Elizabeth I, has always been considered the prime suspect by those who don’t believe the suicide or accident theories. After all, the culprit is always the one with the most to gain, right? And what’s more coveted than a crown?

The problem with this theory is that Amy’s death put an end to all talk of marriage between Dudley and the Queen. Elizabeth I certainly couldn’t risk marring a man suspected of killing his first wife. Robert must have known this, so it would have been a very risky gamble on his part, especially if his wife really was as ill as some sources claim. Waiting for her to die would have been a safer bet. It’s not like Elizabeth was in any rush to marry anyone else.

This is probably why this theory is now beginning to lose popularity. But a new one, which is by no means less popular, is emerging: the culprit is William Cecil, Queen Elizabeth I’s Secretary of State. Alison Weir, in her biography of Queen Elizabeth I, wrote:

One man did profit from the death of Amy Dudley, and that was William Cecil. … He was a perceptive man, and he could foresee that if she died in suspicious circumstances, as many people expected her to do, then the finger of suspicion would point inexorably to her husband – as indeed it did. Cecil also knew that Elizabeth … would be unlikely to risk her popularity and her crown to marry a man whose reputation was so tainted.

But why would Cecil have risked it? Cecil and Dudley didn’t always see eye to eye. The secretary feared what would happen to the country if Robert and Elizabeth should marry. Apparently, in a dispatch dated September 11 1560, a few days after Amy’s death, De Quadra, the Spanish ambassador, wrote to his master about a conversation he had had with Cecil, in which the secretary had revealed that “he clearly saw the ruin of the state through Robert’s intimacy with the Queen, who surrendered all affairs to him and meant to marry him…” Cecil, as Secretary of State, was also in a perfect position to cover his tracks and hide the truth, both in the short and long term.

But the letter that supposedly provides his motive may also prove his innocence. De Quadra also wrote to the Spanish King that according to Cecil, “Robert was thinking of killing his wife, who was publicly announced to be ill, though she was quite well and would take good care they did not poison her.” If this conversation really took place, and Cecil knew Amy was in perfect health, then why would he have her killed? After all, as long as she was alive, Robert Dudley wouldn’t have been able to marry the Queen. 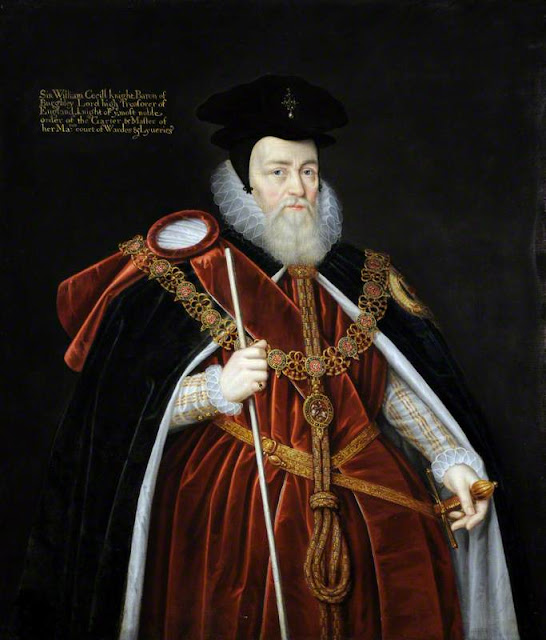 But suppose Amy was really dying. Then Cecil would have had a motive. But was it one strong enough to make him act? That’s less certain. Elizabeth I was certainly very fond of Dudley and may have loved to marry him, but she also was an astute politician who had no intention of putting her country and her own head at risk for love of a man. Besides, her family history had made her very wary of marriage. I’m not convinced that Elizabeth would have married Robert even if Amy had died of natural causes.

But Cecil may have seen things differently and be worried. He definitely didn’t want Elizabeth to marry Dudley and did everything he could to prevent it. His words to De Quadra that Amy wasn’t really ill were likely an attempt to hinder Robert’s suit. Poison was a common accusation thrown at powerful figures by their enemies during the 16th century and, by adding fuel to the fire, Cecil made sure the couple wouldn’t be able to marry.

But discrediting an enemy is one thing. Murdering his wife a completely different one. Would Cecil really have gone that far unless he had been absolutely certain that Elizabeth was 100% bent on marrying Dudley? And if so, was he absolutely certain that a scandal would have stopped her? What if, after the coroner’s verdict had proved Robert’s innocence, Elizabeth had decided to go ahead and marry the now free Dudley anyway? Surely, if Cecil was willing to resort to murder, hatching a plot against Dudley himself, and fabricating proof of treason against him, would have been a better alternative? Dead men can’t marry, after all.

And why didn’t he have Appleyard killed too? Appleyard was Amy’s half-brother. After accepting the original coroner’s verdict, he had decided years later that Amy had been murdered. He claimed he knew the name of the culprit (and no, it wasn’t Dudley) and would reveal his identity to the council. The enquiry was led by Cecil, but he didn’t have Appleyard killed. Instead, after a spell in the Fleet prison and perusing a copy of the coroner’s verdict, Appleyard retracted his statement. He was freed and left in peace.

Even when he rebelled against his sovereign years later, his life, probably thanks to his connection to Dudley, was spared. But if Appleyard had really known for sure Cecil had killed his half-sister, would he really have gotten away with it so easily? Such a man would have been too dangerous to be left alive. This would have been the perfect opportunity for Cecil to get rid of him once and for all. Why didn’t he take it? Or why not order Appleyard’s death at the time of the enquiry? People died in prison all the time. Surely something could have been arranged…

Seeing the hand of William Cecil behind Amy Robsart’s death makes for an intriguing theory. He had both the motive and the opportunity. But the theory is not backed by any substantial proof and prompts more questions than it answers.

But was Amy killed anyway? We’ll never know the truth, of course, but the suicide or accident theories have always appealed to me more. They make a lot more sense, but that’s a topic for another post.

Do you think Cecil was behind Amy’s death? How do you think she died?