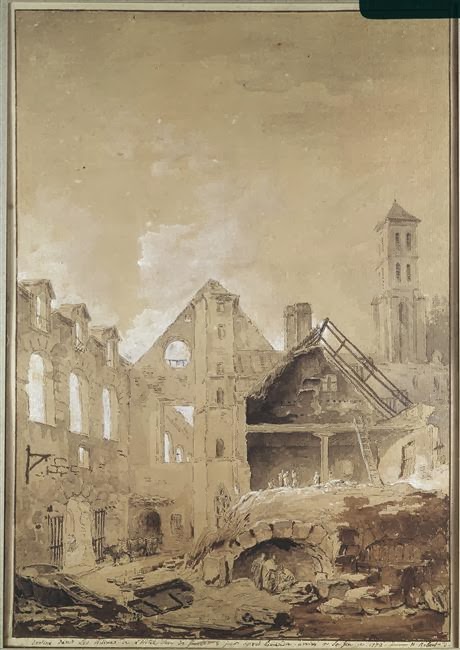 In 1773, the Hotel-Dieu, the most ancient hospital in Paris, was burnt down. Marie Antoinette donated money to the sufferers, as she told her mother in a letter:

“All the newspapers have spoken of the terrible fire at the Hotel-Dieu. They were obliged to remove the patients into the cathedral and the archbishop’s palace. There are generally from five to six thousand patients in the hospital. In spite of all the exertions that were made, it was impossible to prevent the destruction of a great part of the building; and, though it is now a fortnight since the accident happened, the tire is still smoldering in the cellars. The archbishop has enjoined a collection to be made for the sufferers, and I have sent him a thousand crowns. I said nothing of my having done so to any one, and the compliments which they have paid me on it have been embarrassing to me; but they have said it was right to let it be known that I had sent this money, for the sake of the example.”