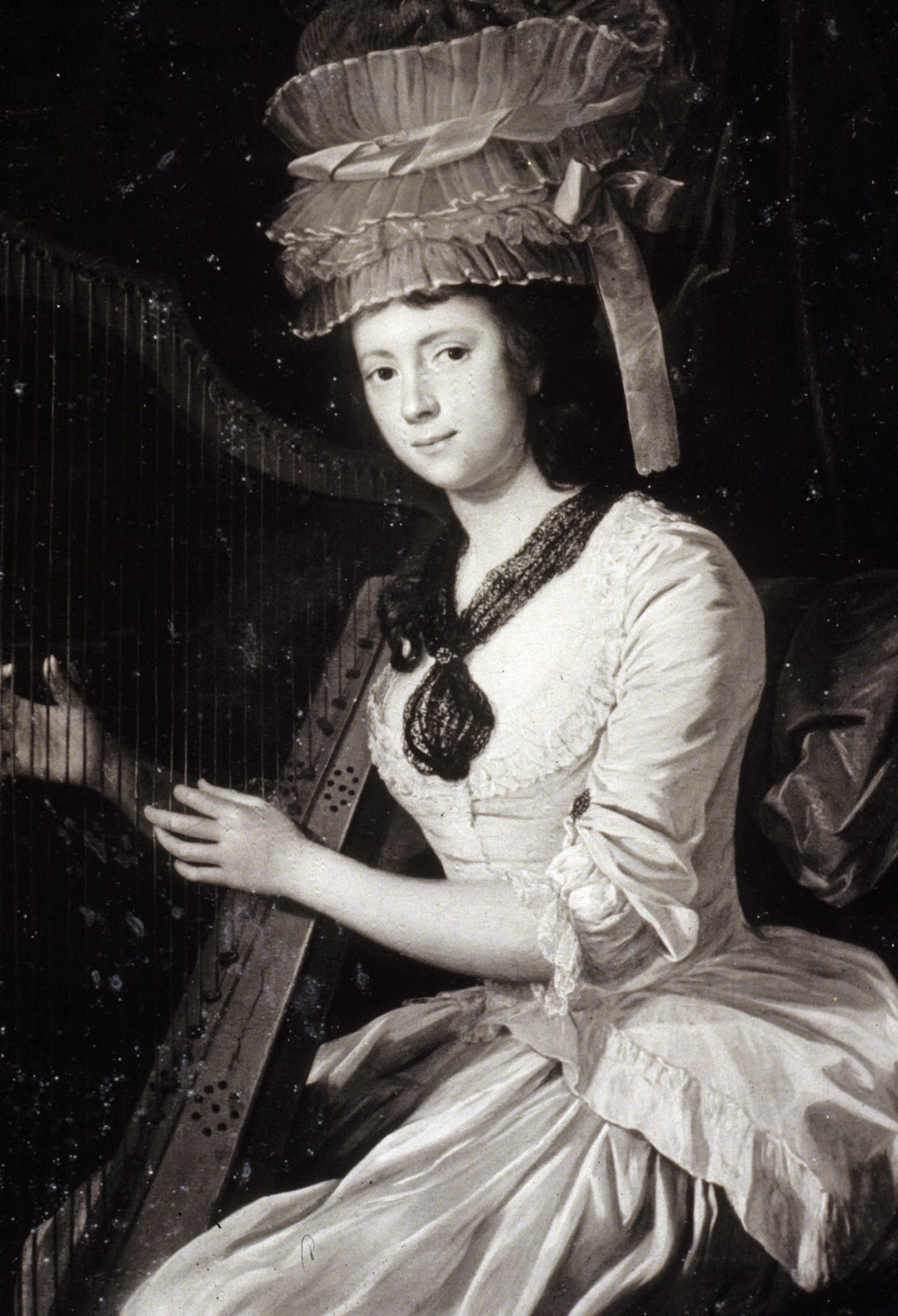 Eglantine, Lady Wallace, was the younger sister of Jane, Duchess of Gordon, the Tory version and rival of Georgiana, Duchess of Devonshire. But she wasn’t one to hide in her famous sister’s shadow. If Jane didn’t stop at anything to achieve her aims (she even kidnapped a man once to secure a political seat for one of her friends!), Eglantine had a fiery temper that often got her in trouble (and in a court of law).

Their father, Sir William Maxwell, was a poor baronet who had to sell most of his lands to pay his debts. He was also an alcoholic, so it was his wife, Magdalene Blair, who took care of their children and educated them, in a rented apartment in Edinburgh. Apparently this was a common practise that allowed noble Scottish land owning families to introduce their daughters to society once their education was concluded.

The two sisters were very wild, even riding pigs down the streets (normal for most children, but shocking for daughters of a baronet, even if an impoverished one). Jane, as she got older and married well, learned to tame her personality somewhat. Eglantine didn’t.

In 1770, she married Thomas Dunlop, soon-to-be Baronet of Wallace. The marriage was very unhappy and, after 8 years, the couple, who had two sons, legally separated on the grounds of Thomas’s cruelty. But Thomas was also deeply indebted and, shortly before their separation, had to sell his property, Craigie, to pay off his creditors. So, it’s possible that their pecuniary problems were a contributing factor in the demise of their marriage.

In any case, Eglantine could be pretty nasty too. Twice she was brought to court to answer charges of assault. Her first victim was a female companion, the second a servant. She also got in trouble for sneaking into the House of Common dressed as a man to listen to a debate (women were banned from them).

After her separation, Eglantine went to London, where she started writing plays. Most of her works were well-received, although The Whim: A Comedy was banned by the licenser. In disgust, she left London.

She also must have suffered some health problems because in 1789, she decided to go to France to take the spa waters. Her mouth and temper got her in trouble there too. She wasn’t afraid to let people know what she thought of the current French political situation to anyone who listened, which led to her being accused of espionage. Luckily, she managed to escape (barely!) with her head still firmly on her shoulders.

After leaving France, Lady Wallace kept travelling throughout Europe. In 1792 she was in Brussels, and in 1803 in Munich, where she died on 28th March.

Further reading:
The Duchess Of Devonshire’s Gossip Guide To The 18th Century
Wikipedia