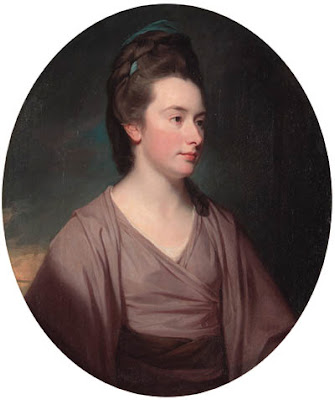 Elizabeth Milbanke, the only daughter of Yorkshire landowner and politician Sir Ralph Milbanke, was baptized on 15 October 1751. Elizabeth grew up to be a beautiful, clever and good-humoured young lady. In 1769, when she was only 17, she married the wealthy Whig politician Sir Peniston Lamb. In 1770, he was made an Irish peer (Lord Melbourne, Baron of Kilmore) and, in 1815, a peer of the United Kingdom, Baron Melbourne of Melbourne. Elizabeth duly gave her husband an heir, but also helped him further his political career. She oversaw the construction of their home, Melbourne House in Piccadilly and, once completed threw numerous parties and entertainments in it.

Elizabeth was a brilliant conversationalist who also knew how to make her guests feel comfortable. In her salon, people could speak freely about anything and many made her their confidant. The most prominent and popular Whig figures of the day frequented her house, including Charles James Fox, Granville Leveson-Gower, Richard Brinsley Sheridan and Georgiana, the Duchess of Devonshire. Soon, Lady Melbourne became the leading Whig hostess of the time, a position threatened by the newly married Gergiana. Elizabeth quickly recognized this and, rather than fight with her over it, decided to become friends with her and make herself indispensable to her. It worked. Although the two women were very different, Georgiana often confessed her problems to Elizabeth. 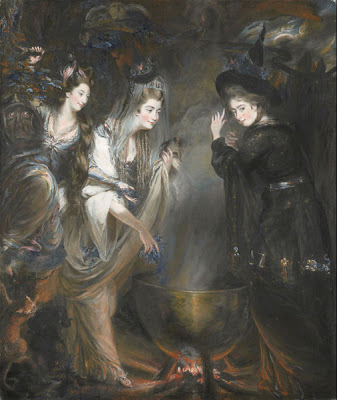 The Three Witches from Shakespeares Macbeth by Daniel Gardner, 1775. It depicts Georgiana, Duchess of Devonshire and Elizabeth Lamb.

But Lady Melbourne was also cold and cynical, and her morals were loose. Not only she didn’t care about her husband’s affairs, but she cheated on him too, albeit discreetly. Of her six children – Peniston, William, Frederick, George, Emily, and Harriet (who died in infancy) – only the heir, Peniston was definitely her husband’s. William was very likely the son of Lord Egremont, who was rumoured to have bought Elizabeth from her lover Lord Coleraine for £13,000! His relationship with Elizabeth lasted several years (although neither was faithful to the other), and he probably also fathered Frederick and Emily. George’s father, instead, was believed to be the Prince of Wales. Thanks to her relationship with the Prince, Elizabeth managed to secure the position of Gentleman of the Bedchamber for her husband.

Although not a faithful wife, Elizabeth was a devoted and loving mother who enjoyed spending time with her children in their country home Brocket Hall, Hertfordshire. She would play with them, but also helped them study. Once her boys had grown, she often visited them at Eton, where they studied, as well. William was the most gifted of her sons, and soon Elizabeth concentrated all her ambitions on him. After his eldest brother’s death, William embarked on a political carrier. He also married Lady Caroline Ponsonby, daughter of Georgiana’s sister Henrietta. Elizabeth disliked Caro, whom she considered too emotional and quick-tempered, and feared she, and her family, had too much influence on her son. 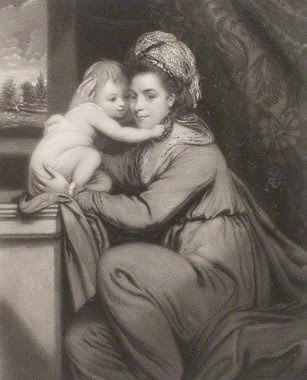 Elizabeth was disgusted when her daughter-in-law had a very public affair with Lord Byron. Eager to see their relationship end, she suggested to Lord Byron that he should find a wife, proposing as a bride her own niece, Annabella Milbanke. The couple was later married. William, too, disappointed her. He may have been clever, but he was also lazy and more loyal to people than policies. As a result, his political career never advanced as much as his mother had hoped, at least not during her lifetime. William would become Prime Minister only after her death. Her daughter Emily also married another prime minister, Lord Palmerston. Apparently, Elizabeth, on her deathbed, had told her daughter to be faithful to him even though she was married to someone else at the time! After suffering a painful illness for four months, Elizabeth died at Melbourne House, Whitehall (she had exchanged her Piccadilly house with that of the Duke of York), on 6 April 1818.