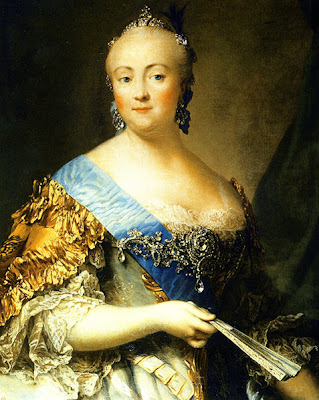 Death penalty was used extensively in the Russian Empire. In 1649, there were 63 crimes punishable by death and under Peter I’s, that number doubled. After his death, his daughter Elizabeth seized power. She had a very different attitude to the death penalty, which she showed even before she seized the throne. On the eve of the coup, she promised “not to execute anyone” and to the granadiers vowing to kill her enemies, she replied that, if any blood was shed, she wouldn’t lead them. The coup was successful but the new Empress didn’t abolish death penalty straight away. She decided to proceed with caution instead.

Elizabeth was worried that abolishing the death penalty, with the fear such a punishment inspires, would increase the numbers of crimes committed. But that wasn’t the only reason that held her back. Elizabeth was the only one who wanted to abolish the death penalty. The Synod would happily have released the Empress from her promise, and even the Russian people wouldn’t understand why she wanted to give mercy to criminals. The Senate too was against it. They had just approved a law that, in addition to the usual forms of death penalty (including burying alive, drowning and even forcing people to drink liquid metals), recommended two new ones: hanging by the rib and being torn apart by horses. The Empress refused to approve that law.

In the end, Elizabeth never officially abolished the death penalty. Instead, she approved the Senate’s report “On Not Abolishing The Death Penalty For Thieves, Bandits, Murderers and Counterfeiters”. But she ordered that all the death sentences should be submitted to her for her “imperial approval”. And she never approved any of them. This way the death penalty was de facto, if not de jure, abolished during her reign. But what happened to those sentenced to death? They remained in prison “until further orders”, and in 1754, an edict was passed that commuted the punishment to hard labor but only after being flogged, branded and put in shackles for the rest of their lives. Although the de facto ban of the death penalty was a remarkable accomplishment for the time, the Empress never thought of abolishing torture too. That was still widely used and those subjected to this harrowing ordeal often died.

Further reading:
The Emperors And Empresses of Russia by Donald J. Raleigh and A. A. Iskenderov.