Music “is certainly a very great Accomplishment to the LADIES; it refines the Taste, polishes the Mind; and is an Entertainment, without other Views, that preserves them from the Rust of Idleness, that most pernicious Enemy to Virtue.” John Essex, 1722.

Young ladies, in the eighteenth and early nineteenth centuries, were expected to be musically accomplished and know how play at least an instrument, so they could entertain their guests in the evening. One of the most popular was the harp. Not only is this beautiful and ancient instrument easy to master, but it also allows women to show off their pretty hands, the nimbleness of their fingers, and even their dainty little feet and ankles. Both Marie Antoinette and her English friend, Georgiana of Devonshire were skilled harpists. 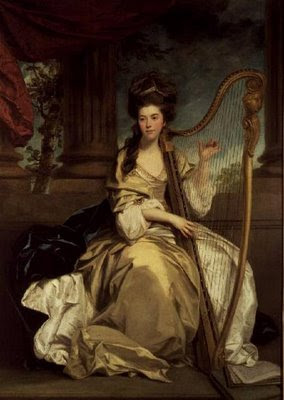 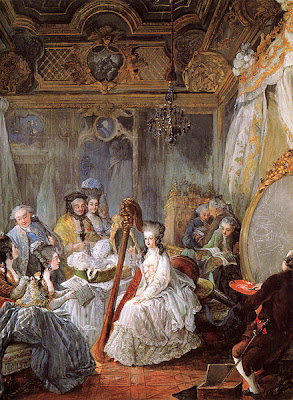 Marie Antoinette playing the harp at the French Court by Jean-Baptiste Gautier Dagoty, 1777 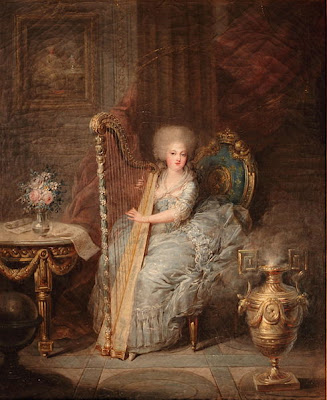 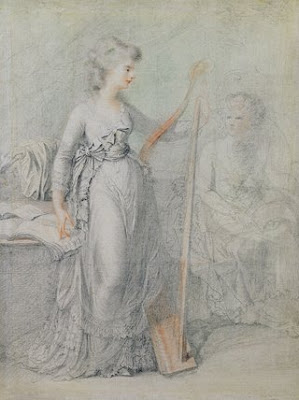 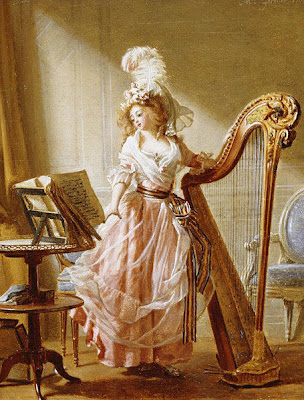 The Music Lesson by Michel Garnier, 1788 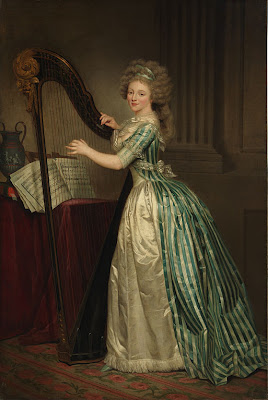 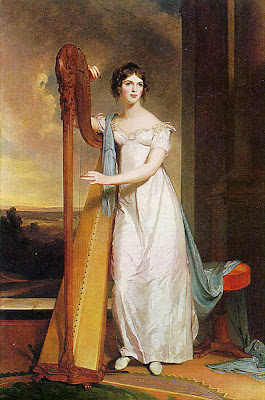 Lady with a Harp, portrait of Eliza Ridgely by Thomas Sully, 1818 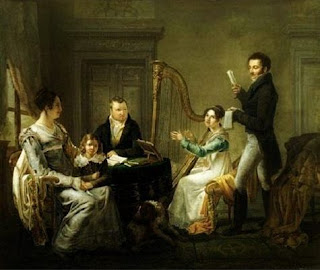 The Harp lesson by Joseph Geimaert, 1820 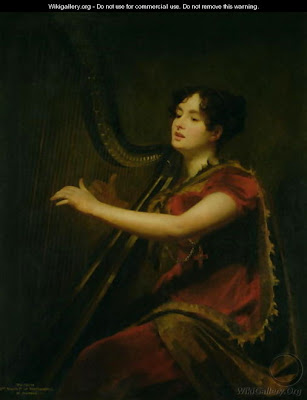 The Marchioness of Northampton, Playing a Harp, c.1820 by Sir Henry Raeburn 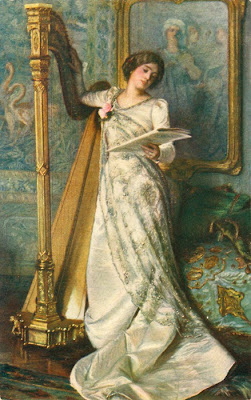