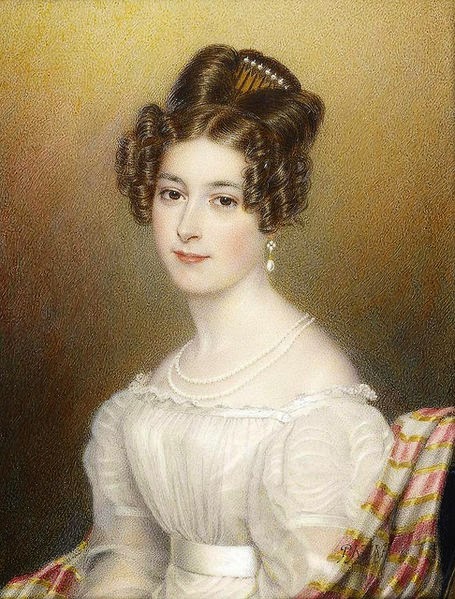 King George III had sired many sons, but only the eldest, George, married (much against his will) and had a legitimate child, Charlotte. Her premature death in childbirth, spurred her uncles to find suitable brides to beget the next heir to the throne. Edward, Duke of Kent, chose the widowed Princess of Leiningen, Victoria.

Victoria’s fertility was in no doubt. She had given her first, much older, husband, Prince Emich Charles, two children: a son, Charles, and a daughter, Anna Feodora Auguste Charlotte Wilhelmine, known as Feodora. Feodora was born on December 7, 1707 near Amorbach. Her father died when she was only 7. In 1818, she gained a new step-father, when her mother tied the knot with the Duke of Kent.

The following year, Feodora moved to England with her mother. A month after her arrival, her step-sister and future Queen, Victoria, was born. Feodora adored her. The young girl, who learned English quickly, settled easily and happily in her new country. But, soon, tragedy struck again. Only eight month’s after his daughter’s birth, Edward suddenly died of pneumonia.

Feodora might have liked the quiet life at Kensington Palace when she was little, but as a teenager, she found it very dull. She would have loved to mix in society, attend balls and social events, but her mother, who dislike King George IV and his profligate court, forbid it. A secret flirtation with one of the King’s nephews was found out and put a stop to too. 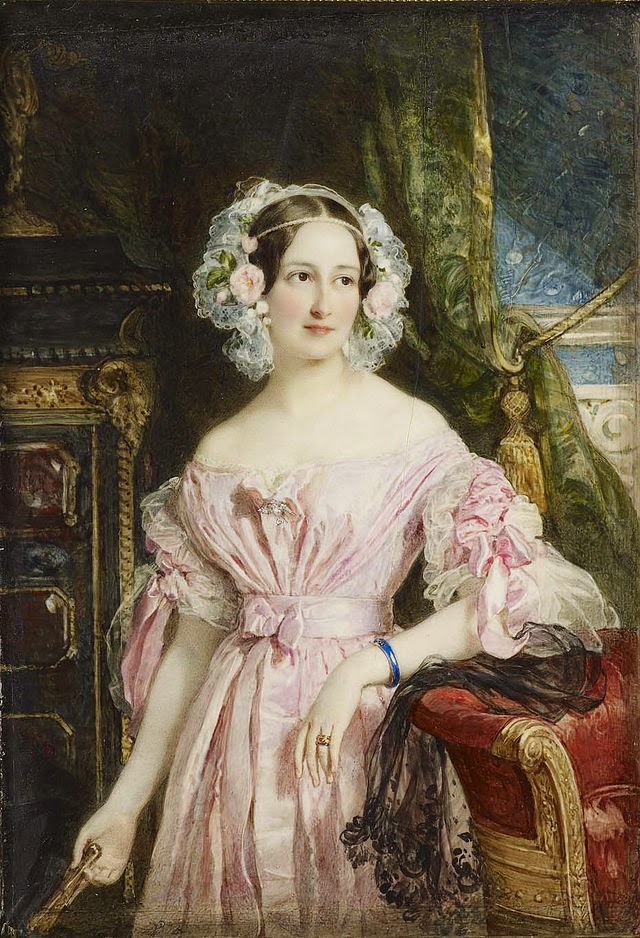 But soon, the young teenager started to attract the attention of a far more prestigious suitor. The King himself was smitten with Feodora when she paid one of her rare visits to court with her family, and soon, rumours started circulating he was thinking of marrying her.

The Duchess of Kent was appalled. Not only she loathed the King, she also had no intention of seeing Feodora’s children rob her little Victoria of her crown. So, she hastily sent Feodora back to Germany to visit her family. But that wasn’t enough to silence the rumours, so Victoria set out to find a suitable husband for her daughter.

In February 1828, Feodora was quickly married to Prince Ernest of Hohenlohe-Langenburg, who was 12 years older than her. The King agreed to give the bride away at their wedding, but, at the last minute, asked his brother William to take his place.

Feodora grew to love her husband, but married life wasn’t easy. Her husband didn’t have much money and their home, Schloss Langenburg was uncomfortable and cold, full of drafts that let the cold wind in. And she missed her little sister a lot. The two girls started a very frequent correspondence and, when possible, Feodora, together with her growing family, went to England, to see her. 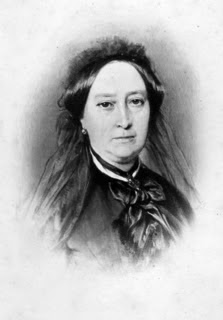 Feodora and Ernest had six children, three boys and three girls. Her eldest son Ludwig bitterly disappointed his mother when he chose to renounce the throne to marry a village girl. Her second son, Herman, thus became the next Prince of Hohenlohe-Langenbach. Prince Victor, her youngest son, entered the British navy and made a morganatic marriage.

Feodora’s eldest daughter, Elise, died at the young age of 19. Her mother was devastated. Her younger sister, Adelaide, caught the eye of the new French Emperor Napoleon III, but refused to marry him, preferring to tie the know with Frederick VIII, Duke of Schleswig-Holstein. The youngest of Feodora’s daughters, Victoria, married a German Duke too, George II, Duke of Saxe-Meiningen.

Feodora and Victoria remained close all their lives, even after the latter became Queen. The two step-sisters also shared widowhood. Their husbands died within a year of each other. Feodora died on September 23, 1872.