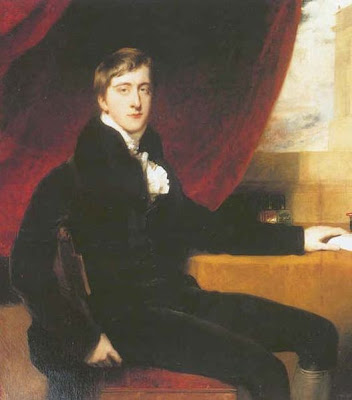 After sixteen years of marriage, several miscarriages and two healthy daughters, Georgiana, Duchess of Devonshire, finally gave birth to a long-awaited heir. The happy event took place in Paris, on 21st May 1790, during the French Revolution. Georgiana had gone to Spa, in Brussels, where it was hoped the warm climate and calm atmosphere would help her conceive.

That seems to have done the trick, but once pregnant, the journey back to England had been deemed too dangerous for a woman who had miscarried several times before, so she had moved to Brussels where, a few days before the birth, the revolutionary Belgians, suspicious of her royal links, had kicked her out of the country. So, she had gone to Paris, where she had given birth to a healthy son. 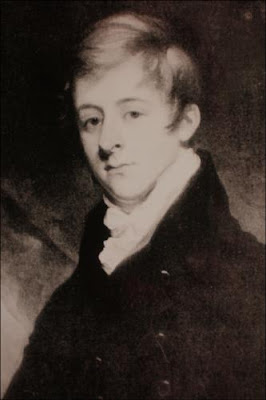 News soon reached Derbyshire, England, where the church bells rang all day in celebration. The baby was named William, but everyone called him Hart, short for Marquess of Hartington, the title bestowed on him upon his birth. Soon, mother and baby were back in England. However, Hart didn’t enjoy the company of his mother for long. Georgiana had embarked on an affair with Charles Grey. When she became pregnant, her husband forced her to choose between her family and her lover and their unborn child.

Georgiana, who couldn’t stand even the thought of being separated from her three children, chose her family, but the Duke still banished her. Hart was one year old, and kept screaming, “Mama gone, Mama gone!”. He was inconsolable. Georgiana was finally allowed to returned two years later and by then, the young toddler had forgotten her. Whenever she tried to touch him, he would scream. Georgiana was devastated. 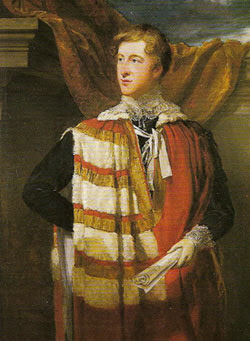 Eventually, though, mother and son became very close. Hart, who had been educated at Trinity College, Cambridge, grew up into a handsome and shy man. He had lost most of his hearing, due to an infection, as a child, which probably contributed to his shyness and lack of confidence. Hart fell in love with his cousin Caroline (her mother was Harriet, Georgiana’s sister). Caroline turned him down and married William Lamb instead. Poor Hart was devastated.

So, Hart remained a bachelor all his life. That gained him the nickname The Bachelor Duke. But, of course, that didn’t mean he had sworn off women. He still kept several mistresses. He also dedicated a lot of his time to redecorate and improve his eight houses, including Chatsworth, the family’s country house, where he entertained his friends, which included Charles DIckens, Czar Nicholas, and the Prince Regent. When he became king in 1821, Hart carried the Orb at his coronation. 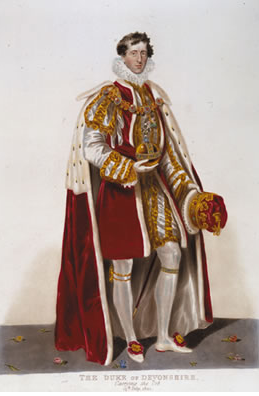 Hart was a good businessman and managed to pay off his parents’ debts after their deaths. He then gracefully got rid of Bess, his father’s second wife, who had demanded titles and money. He was also Lord Chamberlain of the Household between 1827 and 1828 and again between 1830 and 1834. In 1826, he was appointed Ambassador Extraordinary to the Russian Empire on the coronation of Czar Nicholas I, and a year later, he was made a Knight of the Garter. Hart died at Hardwick Hall, Derbyshire, on 18 January 1858. His title was inherited by his cousin, William Cavendish, 2nd Earl of Burlington.