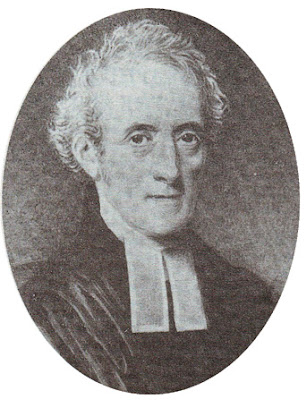 Henry Austen was his sister’s Jane favourite brother, her “especial pride and delight”*. He was also very helpful in furthering Jane’s career and is responsible for the publication of all her novels. Hadn’t it been for him, we may never had read her books. He was also his sister’s biographer: for more than 50 years after her death, until her nephew published “A Memoir”, the information he provided would remain the only biographical material available to the public about this great author. We really owe him a lot! But who was Henry Austen? His niece Anna Lefroy describes his thus:

“My Uncle Henry Thomas Austen was the handsomest of his family, and, in the opinion of his own father, also the most talented. There were others who formed a different estimate, and considered his abilities greater in shew than in reality, but for the most part he was greatly admired. Brilliant in conversation, and like his Father, blessed with a hopefulness of temper, which, in adapting itself to all circumstances, even the most adverse, seemed to create a perpetual sunshine of the mind.”

Henry Thomas Austen, was born on 8th June 1771 at the Steventon rectory. He was the fourth son of George Austen and his wife Cassandra (nee Leigh). In 1788 he was able to attend St. John’s College, Oxford, thanks to a scholarship and studied to enter the church. During this time he also started collaborating with The Loiterer, the periodical founded by his brother James, for which he wrote a series of articles. But after his graduation, he joined the Oxfordshire Militia instead. From lieutenant, he was promoted captain but, in 1801, he resigned.

In the meantime, Henry had got married to his cousin Eliza Hancock. She was 10 years older than him and a widow. Her husband, the Comte de Feuillide, was guillotined during the Terror. After his death, Eliza moved in with the Austen in Steventon. Henry courted her and, on 31st December 1797, the couple got married at Marylebone Church in London. In 1802, the Treaty of Amiens, which temporarily ended the hostilities between the UK and France, was signed. Taking advantage of this short period of peace, Eliza and Henry went to France to try to get her properties back but in vain. All too soon, the truce was over and the couple had to flee in a hurry to save their lives. 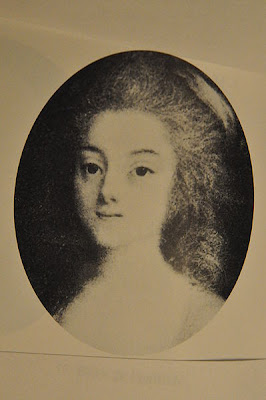 The couple settled in London and in 1804, he founded with two associates the bank Austen, Maunde and Tilson. The following year his father, George Austen, died, and Henry started to contributed £50 a year for the support of his mother and sister. Business, in the meantime, flourished and this enabled Henry and his wife to move in a large house in the fashionable Sloan Square. Jane visited him twice here. He took her to the theatre, art galleries and parties. Henry also helped Jane to get her books published. In 1813, Henry became Receiver-General for Oxfordshire but his happiness was marred by his wife’s death.

In 1816, Henry’s bank failed and he went bankrupt. After buying back the manuscript of Northanger Abbey from the publisher, who didn’t realise it was written by the author of Pride And Prejudice, he moved back to Oxford and became a clergyman. He became the curator of Chawton, where Jane heard him preach. She thought his sermons were “very superior”. Henry was very close to Jane and took good care of her during the final months of her illness in 1817. After her death, he arranged the publication of Northanger Abbey and Persuasion, adding the “Biographical Notice of the Author”, which was to remain all the public knew about Jane Austen for over fifty years.

Henry became Chaplain to the British Embassy at Berlin, and Rector of Steventon, a job later taken over by his nephew William. In 1820, Henry married again. His wife was Eleanor Jackson, an old friend of the family. But her health wasn’t good and the couple didn’t have any children. After the marriage, Henry was appointed Perpetual Curate at Bentley, then Master of the Free Grammar School in Farnham. He finally retired in 1839 and later spent some time in France. Henry died of gastritis on 12th March 1850, at Tunbridge Wells.

Notes:
*that’s how Caroline Austen calls Henry in the Memoirs of Jane Austen