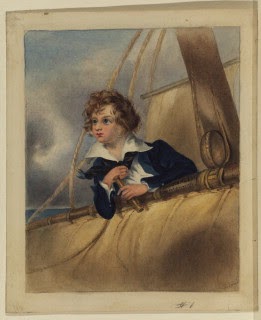 When were 19th century teenagers considered old enough to work and marry? Regina Scott, over at Nineteen Teen, explains:

–7 or 8: a boy might be sent to sea, starting his Naval career as a cabin boy and going on to become a sailor or officer.
–9 or 10: boys might be apprenticed to learn a trade
–10 or 12: aristocratic boys might be sent to boarding schools like Eton or Harrow
–12: girls from poorer families might be apprenticed to learn a trade (although they often weren’t dignified with the name apprentice)
–12: girls can marry with their parents’ permission (but note that very few actually married this early)
–16: aristocratic young men with ambitions for politics, law, or the Church might head off to Oxford and Cambridge
–16 to 18: aristocratic young ladies are introduced to Society
–21: a young lady or gentleman could marry without parents’ permission
–30: a woman is considered “on the shelf” (given up all hope of ever marrying). Note that some people put this age considerably lower (like 26 or even 20), but that real-life examples don’t seem to verify this