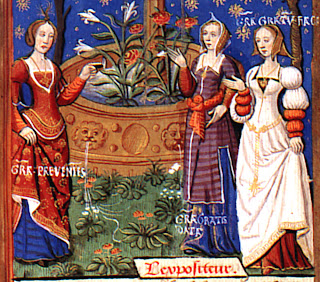 Writer Amy Licence explores the role of women in Tudor England. To quote:

The rituals, practices and superstitions of birth remained a traditional female preserve throughout the Tudor period. This automatically made it suspect, a source of fear and insecurity amongst those excluded from its secrets. Placed within the wide-spread mistrust of women, childbirth highlighted the tensions that permeated every aspect of women’s lives, although it provided one of the few opportunities where female supremacy was grudgingly acknowledged. Irrepressibly, women found outlets for expression and mutual reliance in those domestic spheres that punctuated their days and life-cycles. That is not to suggest any sort of proto-Feminist consciousness in Tudor England, rather a solidarity forged through common experience or suffering. Women did band together to share chores and objects such as nursing duties and childcare, childbed linen and medicinal herbs, as well as emotional support. When some were mistreated by their husbands, others stepped in to offer shelter and even physically interposed themselves between husband and wife. Female identities were a complex function of their relations with other adults, their children, the church, the neighbourhood and its social codes. As such, there seems to have been an almost floating, oral female culture invoked whenever occasion arose, in and out of which women moved, dependent on need.