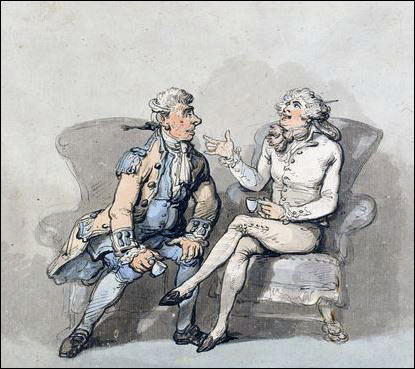 Valets knew many tricks to enrich themselves at the expense of their masters. Author Geri Walton shares a few:

Valets, similar to a household steward, used a variety of tricks to enhance their income. One trick was to complain to those they patronized—tailors, bootmakers, milliners, laundresses, and so forth—about the exorbitant amounts they charged. At the same the valet would then try and get his master to pay as much as possible. This then allowed the valet to pocket the difference.

Another trick valets used was to convince those they patronized of their importance. They accomplished this by claiming that their masters were fanatical and impossible to please. They also claimed that because of their (the valet’s) influence, they were able to keep patronizing the less than perfect shop owner. Such claims resulted in the valet being granted discounts, concessions, or allowances that financially benefited them.

When valets worked for a master that was careless about his wardrobe, valets used other tactics to get money. For instance, valets were known to “commit sad depredations on the wardrobe.” These depredations allowed valets to acquire articles that they could keep for themselves or they sometimes sold them. They accomplished this because they made friendships with wardrobe dealer who would purchase what they brought to sale.

To read the entire article, and discover many more tricks, click here.