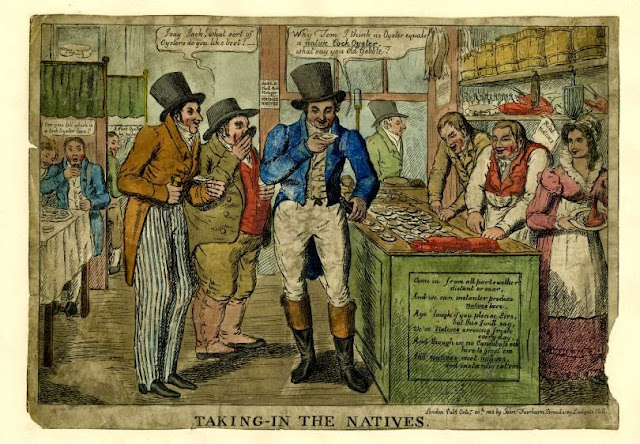 He was also known by the appellation of the ‘celebrated oyster eater.’ For Dando, although not a thief (by his own reckoning) did not see why he should not have plenty of everything, even though he had no money to pay for it, when his betters relied constantly on credit to fund their lifestyles. He was determined to live as they did.

Trained as a hatter, Edward Dando, when in his early twenties, embarked on his career as an oyster eater, devouring up to thirty dozen large oysters in a sitting, with bread and butter, washed down with quantities of porter or brandy and water, before informing the keeper of the oyster house that he could not pay for his fare, with the usual results of a beating or a spell in gaol, or sometimes both. Although his dish of choice seems to have been oysters, he was not above devouring other fare too.