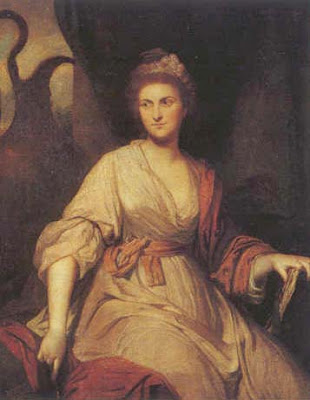 Over at The Duchess Of Devonshire’s Gossip Guide To The 18th Century, Heather Carroll discusses the life of the original Lady Di. To quote:

While walking with Di in the pleasure gardens he jokingly proposed to her and then before he knew it, Frederick was married On the condition of being married, the viscount insisted on keeping his bachelor lifestyle; basically pretending Di didn’t exist except to give him heirs. He partied, gambled, slept with many women, and racked up huge amounts of debt. There are also rumors of him having a violent nature. Di distracted herself by becoming a Lady of the Bedchamber to Queen Charlotte.

It was only so long that Di could handle her miserable marriage. Neither party was happy so she took the initiative to solve this problem. She had an affair with Topham Beauclerk. Beauclerk was a friend of Dr Johnson and was notoriously…stinky. It was once reported of him that he was so filthy he generated vermin. Either way, Di fell in love with him or maybe just saw him as a convenient means of securing a divorce, although it meant becoming a social outcast.