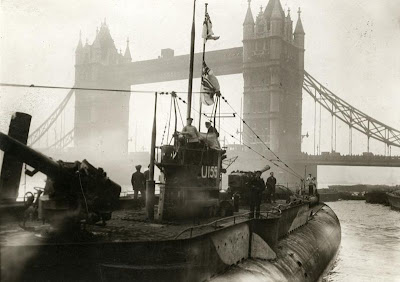 Edwardian Promenade has shared an interesting article about London in war-time. To quote:

London in war-time is quite a different London, although at the station there were taxis and small boys to carry our luggage. As usual, the first thing to do was to visit the police, and this time, the Consul, too, for we had to arrange for our passage home and acquire meat tickets as well. As these were for only a week’s ration and we had guests for dinner, they were at once used up, but we didn’t seem to care and got on very well without the meat.

The hotels were gay with people and music as in peace days, but the servants did not answer the bells unless they felt like it. Bread was given at meals, but no sugar was served. Even saccharine could not be procured in its place as in Paris, so we simply didn’t have any until about a week after our arrival sugar suddenly appeared on the breakfast tray. The waiter volunteered the explanation that after a week it was supplied to guests, but I always suspected he gave it or not as his fancy dictated, for he sometimes presented us with matches, but generally did not. Matches were very scarce in London. We were blessed with coal fires and hot baths, however, so what more could we want?