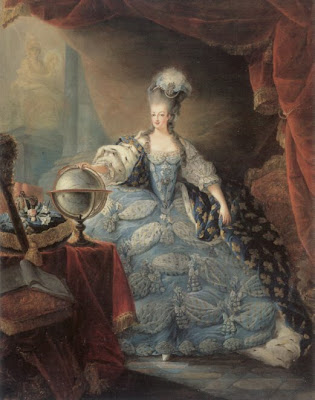 Marie-Antoinette had been taught as a child by her own mother to gamble, because the Empress knew that a princess who could not play well would soon be separated from her money. Futhermore, the stakes at the court of Austria were much higher than at the court of France, which made Antoinette an intrepid player. As a teenager, she became inordinately attached to the practice. As she began to have gambling debts, Louis XVI, who was trying to save the government finances and give an example of thrift, forbade her to play anymore games of chance. She begged her husband to let her have one last game. He gave permission, and naughty Antoinette made sure the game went on for three days. Louis was disgusted.