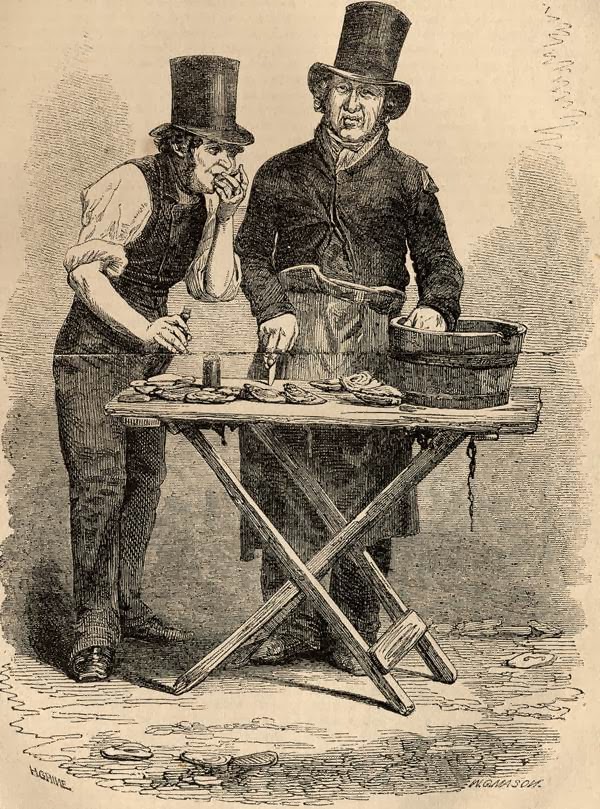 Christopher Impey discusses The Life and Death of Dando, The Celebrated Oyster Glutton:

Indeed it was John Dando’s insatiable appetite that frequently put him in prison. His modus operandi was simple: he feasted on what he couldn’t afford, touring London’s eateries, consuming huge quantities of food then refusing to pay.

He was committed to Brixton for a month in April 1830 charged with devouring, at a coffee shop, ‘3lbs of animal food, a half-quartern loaf, sundry eggs and washing down the whole with upwards of a dozen cups of coffee.’ But old habits died hard and the governor, Mr Green, had him placed in solitary confinement for having robbed other prisoners of bread and beef: ‘in fact so ravenous was his appetite while in [Brixton], that nothing in the shape of food, belong to whom it might, could be left within his reach that he did not devour.’

Oysters, though, were Dando’s weakness.