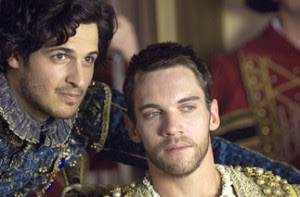 Mary Boleyn, Queen Anne’s sister, is assumed to have been the mistress of French King Francis I. But is this really true? Claire Ridgway questions this assumption. To quote:

I have read many many books on Henry VIII, Anne Boleyn, Tudor history and when it comes to Mary Boleyn all but one of them has assumed that she slept with the French king, although they point out that she was never his official mistress, a maîtress-en-titre like Françoise de Foix. That Mary was the mistress of two kings is a fact according to the history books. […]

I want to question the validity of the above three pieces of evidence for the following reasons:-