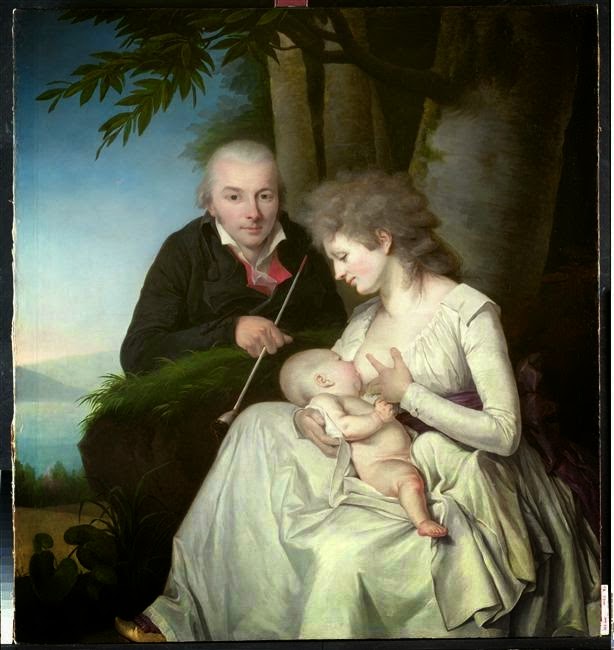 The wet nurses for royalty would have typically been given temporary accommodations within the court. While these nurses would naturally spend a significant amount of time with their royal charge, the parents would be presented with little trouble in visiting. Mercy recounts in his letters to Maria Theresa that both Louis XVI and Marie Antoinette spent much time visiting the infant Madame Royale, who even began to recognize them separately from her nurse and many attendants.

The wet nurses employed by the rest of the population, however, were more likely to live separately from the child’s mother and family–perhaps even as far away as the countryside from Paris. This usually meant that the child would live full time with his wet nurse and her family, sometimes for as long as 18 months.

This type of arrangement would naturally encourage the development of feelings and strong attachment between the infant and their nurse. Jean-Jacques Rousseau, who was a staunch supporter of mothers breastfeeding their children (except in cases where the mother’s or child’s health might be affected) considered this type of development a drawback which “alone should take from every sensitive woman the courage to have her child nursed by another. The drawback is that of sharing a mother’s right, or rather of alienating it, of seeing her child love another woman as much as and more than her…”