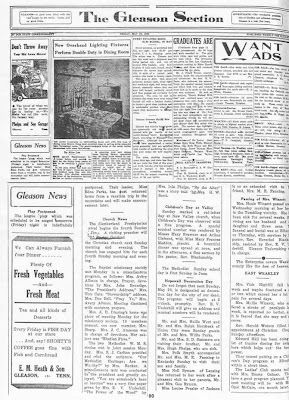 Freedom of the press is an important right in a democratic society. The public has a right to be informed on what’s going on in the world and the media the right to publish those information without fear of punishment. We all know, though, that we just can’t believe everything we read in the papers. Unfortunately, sometimes “journalists” will withhold, twist or exaggerate facts or even completely make stuff up in order to sell a few more copies without caring about who’s gonna get hurt by their lies. It is also sad to see that this is nothing new, as this anedocte which appeared in the Rambler’s Magazine of June 1823 demonstrates:

Not long ago we read a very laconic notice in the newspapers, that twentyfive men women and children were drowned near Leeds, by the ice giving way under them; upon enquiry, we found the whole to be a fiction. Such wanton lies merit severe reprehension; as many who have friends near the spot suffer great anxiety of mind, and the inventor enjoys a brutish satisfaction by raising a laugh at the expence of humanity. This reminds us of the editor of a Dublin Newspaper, when applied to for a few lines to fill up a column, exclaimed, “There is no public news of interest; so burn a child to death at Waterford, and if that is not enough, break the neck of a Welsh Justice over a cliff, in pursuit of smugglers, during the night.” We firmly believe that one half of the news with which our catch-penny newspapers are filled, have not such a good foundation as that of the Dublin editor to rest upon; his lies might have happened, whereas those we often read are beyond all probability.