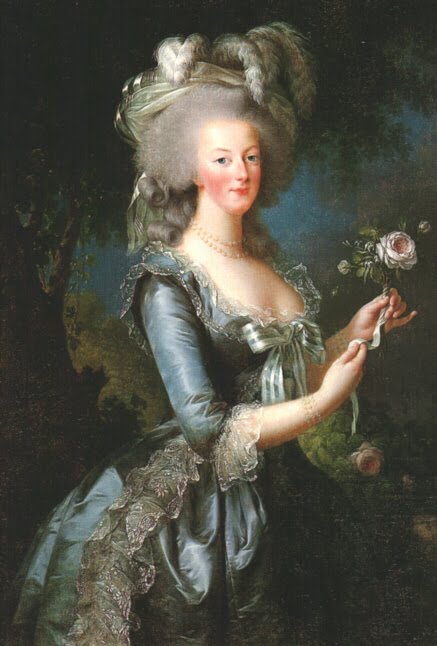 Marie Antoinette is often unjustly accused of having too much influence on her husband and interfering in political affairs. In truth, Louis XVI was determined to keep her away from politics, as the Queen herself explained to her brother in this letter:

“I will not contradict you, my dear brother, on what you say about the short-sightedness of our ministry. I have long ago made some of the reflections which you express in your letter. I have spoken on the subject more than once to the king; but one must know him thoroughly to be able to judge of the extent to which, his character and prejudices cripple my resources and means of influencing him. He is by nature very taciturn; and it often happens that he does not speak to me about matters of importance even when he has not the least wish to conceal them from me. He answers me when I speak to him about them, but he scarcely ever opens the subject; and when I have learned a quarter of the business, I am then forced to use some address to make the ministers tell me the rest, by letting them think that the king has told me every thing.

When I reproach him for not having spoken to me of such and such matters, he is not annoyed, but only seems a little embarrassed, and sometimes answers, in an off-hand way, that he had never thought of it. This distrust, which is natural to him, was at first strengthened by his govern–or before my marriage. M. de Vauguyon had alarmed him about the authority which his wife would desire to assume over him, and the duke’s black disposition delighted in terrifying his pupil with all the phantom stories invented against the house of Austria. M. de Maurepas, though less obstinate and less malicious, still thought it advantageous to his own credit to keep up the same notions in the king’s mind.

M. de Vergennes follows the same plan, and perhaps avails himself of his correspondence on foreign affairs to propagate falsehoods. I have spoken plainly about this to the king more than once. He has sometimes answered me rather peevishly, and, as he is never fond of discussion, I have not been able to persuade him that his minister was deceived, or was deceiving him. I do not blind myself as to the extent of my own influence. I know that I have no great ascendency over the king’s mind, especially in politics; and would it be prudent in me to have scenes with his ministers on such subjects, on which it is almost certain that the king would not support me?

Without ever boasting or saying a word that is not true, I, however, let the public believe that I have more influence than I really have, because, if they did not think so, I should have still less. The avowals which I am making to you, my dear brother, are not very flattering to my self-love; but I do not like to hide any thing from you, in order that you may be able to judge of my conduct as correctly as is possible at this terrible distance from you, at which my destiny has placed me.”