“Female fashionable attire in the eighteenth century was very ill fitted for country life, which is so largely spent out of doors. Indeed, it was not fitted for out door wear at all. No fashionable woman was properly shod in the first place, for the coloured shoes, which, as has been stated, all ladies wore, were not adapted for vigorous exercise, or damp weather, with their high heels and very open tops. Those were the kind of shoes worn for walking in London. Country life in shoes of that sort would mean endless expense. The wonder is that town bred women did not insist upon the shoemakers providing something more fitted for the dirty, uneven pathways. But, then, walking was not a daily exercise as it is now. Foot gear has undergone much reformation in the present century, in spite of the persistence of high heels…” – A history of English dress from the Saxon period to the present day, Volume 1 by Georgiana Hill 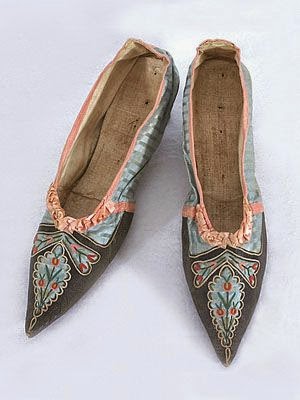 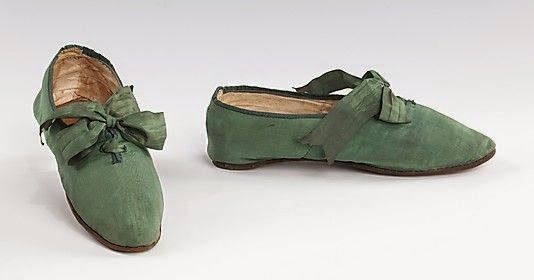 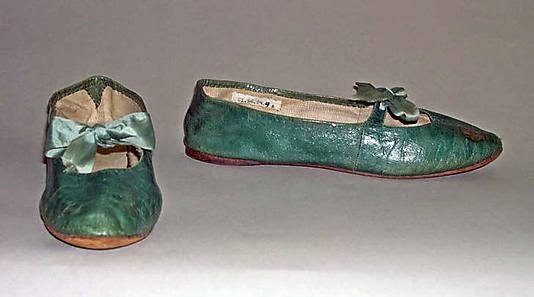 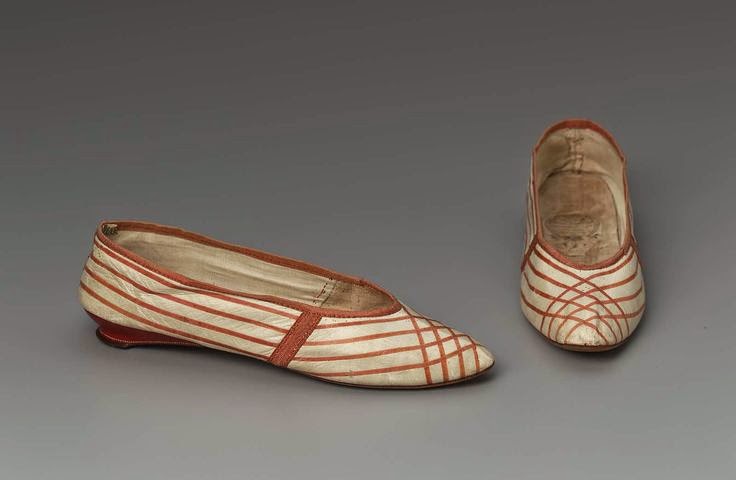 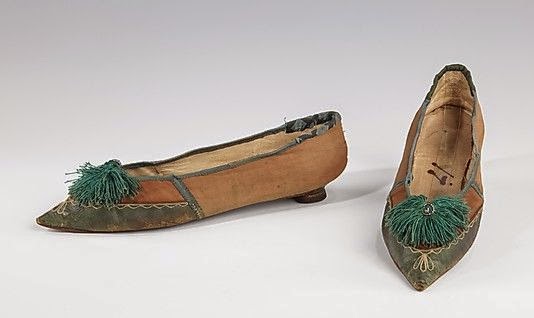 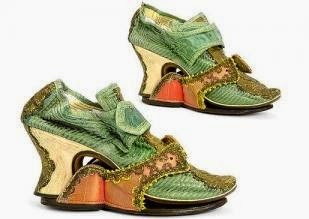 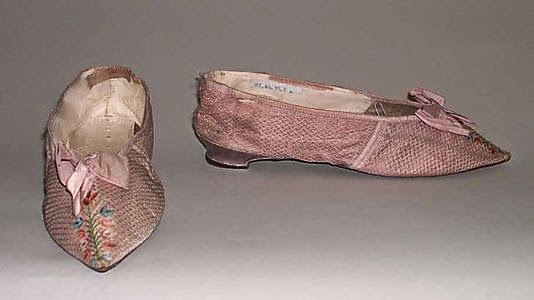 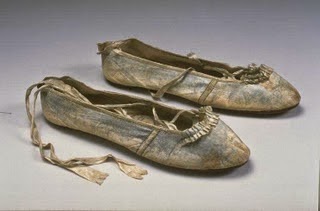 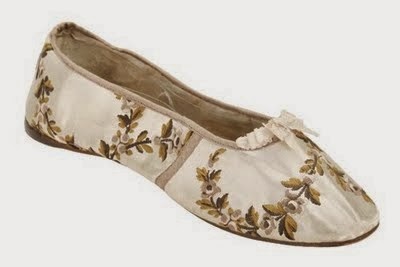 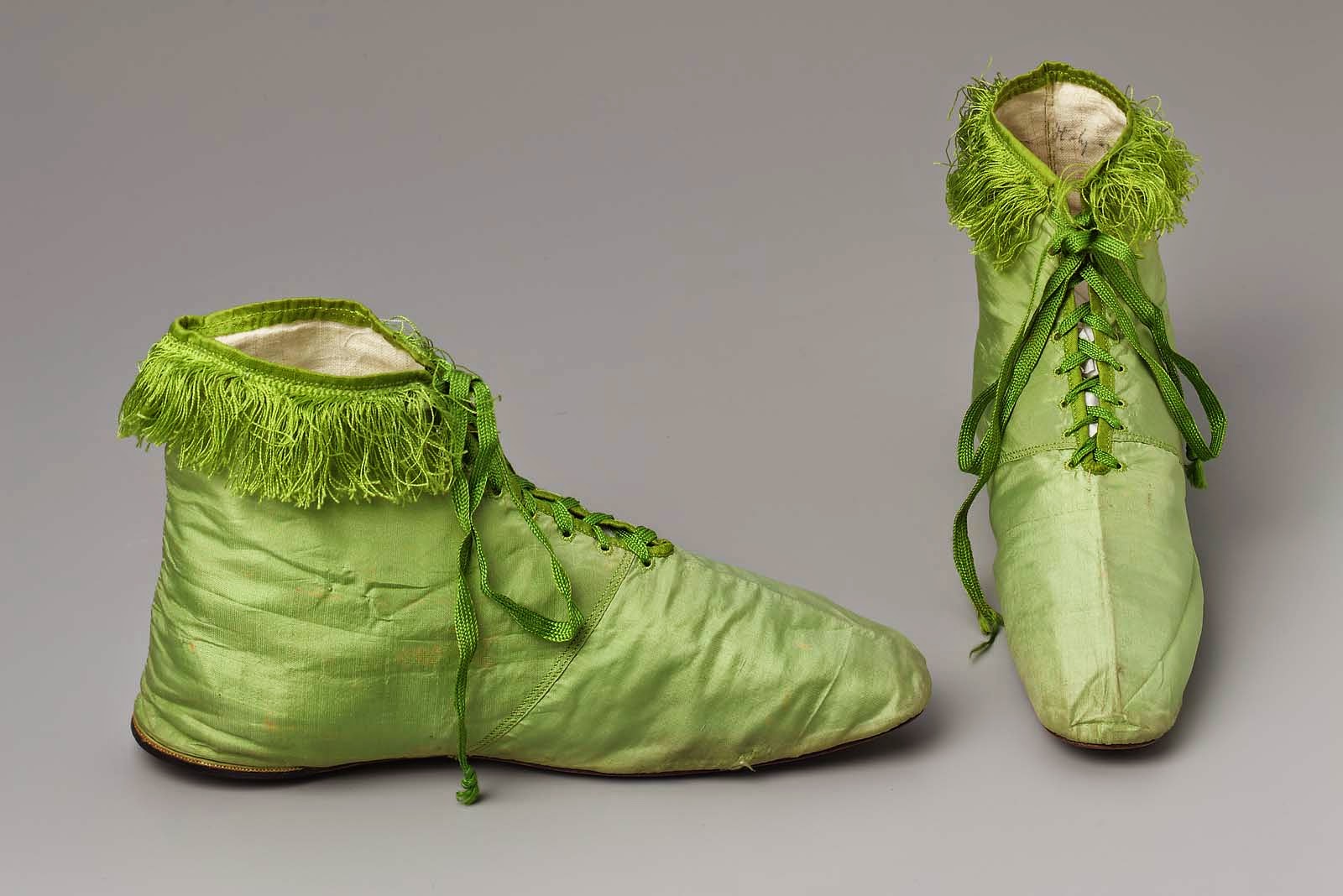