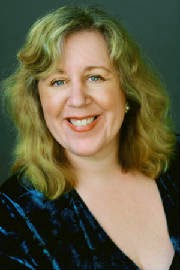 Elisa DeCarlo is a lady of many talents. She’s been a working journalist, an audiobook abridger, magazine staff writer, and comic performer, and has also sold plus-size vintage clothing. Her knowledge of both showbiz and fashion history came in handy when she decided to pen her novel, The Abortionist’s Daughter.

The Abortionist’s Daughter is a is a coming of age story with a strong underlying feminist theme. In 1910, the young and naive Melanie Daniels becomes an outcast in her little town when her father accidentally kills a woman while performing an abortion. Her only choice is to remain a spinster or marry a man she doesn’t love. That’s until James comes along, and sweeps her away to New York. Once there, she meets Gladys, a Broadway actress who offers her help when James shows his true colours. Their lives become intertwined in ways neither of them could have expected.

Here Elisa talks about her inspiration for the novel, her plans for the future, and lots more:

1. What inspired you to write The Abortionist’s Daughter?
My love of show business history, my love of vintage fashion, and the challenge of writing from Melanie’s POV. I wanted to tell the story from a sheltered, inexperienced and honest perspective. Some people don’t like the title character. But being human means you’re not always likeable. Some personal issues also drove me to write the first draft (not abortion, believe it or not). When I got sober, I had writer’s block for FIVE YEARS. I’m thankful to say it has gone away. Looking for something I could work on, I pulled out the manuscript and thought, “this would make a really good story!” The perspective of several decades helped round out the story and characters.

2. You are both a writer and an actress/performer who has appeared in many movies and shows. How did your acting experience influenced the story?
It influenced me tremendously! Every single one of those audition stories (the bad ones) actually happened to me! On a brighter note, I know how it feels to stare out at blinding lights, hear the applause, and do a show. And then want to run back out on stage and do the whole thing over again. Even though my solo shows involve playing multiple characters in off-off Broadway theaters and take a lot more work than what Melanie does! I’ve done small parts in television and films. That helped sketch in the scenes where Melanie is watching the director/producer and the rest of the cast.

3. The Abortionist’s Daughter is a coming of age story with a strong underlying feminist theme. Melanie, at the beginning of the book, is naive, ignorant of sex and the ways of the world, and living in a small town where her shattered reputation terribly limits her future prospects. By the end, she becomes independent, embraces her sexuality, and owns her womanhood. Would she have described herself as feminist? And do you describe yourself so?
Yes, I am a feminist. Who doesn’t understand why it’s become a derogatory term. Part of what drove me to write this story was so that women of today, particularly young women, could understand what life is like when you have virtually no choices. Many of them are unaware that the lives they live are built on the foundation of many years of women’s struggles.

Melanie wouldn’t describe herself as a feminist–yet. She’s on the brink, but not independent enough at the point the story ends.

4. Have you made any fascinating discoveries into your research that didn’t make it into the book?
To be honest, I can’t remember. I did research until my eyes bled. The story almost veered in a completely different direction, which I did NOT want. It meant researching the criminal justice system of the time. That was a big part of why I pulled Melanie’s story back on track.

5. What was most enjoyable, and what instead more difficult, about writing The Abortionist’s Daughter?
The most enjoyable part was the research. I’m a research junkie. Also trying to write a “real” moment, in as clear English as I could. To read a scene and see it like a movie is a great feeling.

The most difficult was writing it. I write in short bursts of three or four hours and that’s it. The rest of the time I feel guilty because I’m not writing. Tormenting myself is one of my skill sets.

6. Do you prefer to perform or write?
I prefer to be onstage. It’s where I feel most alive. However, physical restrictions have kept me from it for several years. I am also a compulsive writer. In my life, I feel a need to write everything down. Creating worlds, whether in a play or a novel, brings me joy. That is, when I’m not staring at my monitor and the voice in my head is screaming at me that I can’t do it (and other things that are much worse).

7. If you could invite three people, dead or alive, to dinner, who would you invite, and why?
I hate this question! My number one choice of all time is the late British comedian Peter Cook. He had a brilliant comic mind that is not sufficiently appreciated in America. Plus he was as sexy as anything.

Number two…this gets tough. I’d like to say Marilyn Monroe, but it’s more because I relate to her as a person, not that we would actually have anything to say to each other. Spike Milligan is another British comic genius I met a few times before he died. But he and Peter would probably keep trying to top each other at the dinner table, so, sorry Spike. Oh, God. One problem is that I know so much about my idols that I know who wouldn’t be stellar dinner companions! W. Somerset Maugham was nasty, F. Scott Fitzgerald was a maudlin drunk…huh. Maybe sober F. Scott Fitzgerald. He wrote marvelous underappreciated stories, such as the Pat Hobby series about an alcoholic screenwriter. So he’d be fun to have to talk about life and writing. My own sobriety has nothing to do with my choices. If a drunk is a fun drunk, why not?

Number three would be a woman. Lauren Bacall or Anne Sheridan, two great 40s “dames.” They’d tell hilarious, filthy stories and I’d make them talk about their film costumes when we were in the ladies’ room.

8. What’s next for you?
Stumping for The Abortionist’s Daughter in whatever way I can. “Cervix With A Smile,” a collection of my comedy sketches and plays, is being published by the Exit Press in 2015. I am tremendously excited about that! For one thing, I’ll do readings, which is a way to get back into performing. And I’m editing a fan fiction fantasy epic novel. Damn, there goes my dignity. It’s not “50 Shades Of Grey.” I’m not willing to lose that much of my dignity, even for that insane amount of money!

You can buy The Abortionist’s Daughter on Amazon. And don’t forget to check out Elisa’s website too!