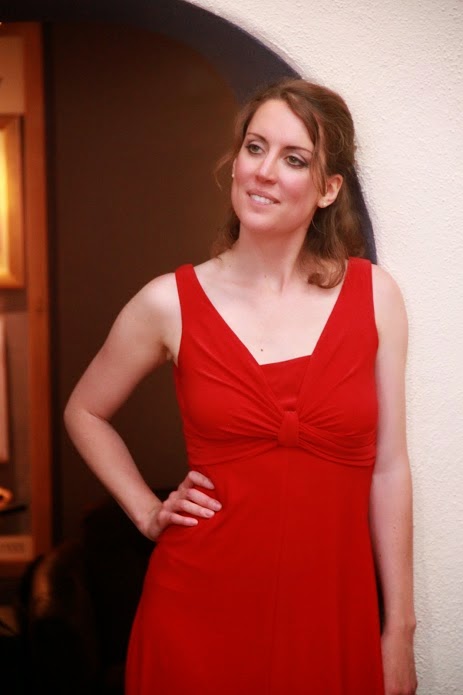 Vivien Shotwell is a very talented lady. A classically-trained singer, this year she had published her first novel, Vienna Nocturne. It tells the story of young soprano Anna Storace, a rockstar of her age. She’s invited to sing in Vienna, where she meets the young but extremely talented composer Mozart. Although they are both married, they are attracted to each other. For her, Mozart writes some of his most beautiful arias. But while Anna’s career soars, her personal life deteriorates…

In this interview, Vivien talks about Vienna Nocturne, her singing and writing, and more:

1. What inspired you to write Vienna Nocturne?
When I was a senior at Williams College, my voice teacher, Keith Kibler, gave me a Mozart concert aria to sing, “Ch’io mi scordi di te?” which Mozart had written for a young English soprano named Anna Storace. Anna had premiered one of Mozart’s greatest roles, Susanna in The Marriage of Figaro, and for this concert aria he played the piano obbligato (the piano solo) himself. Anna was a rockstar of her day and had a fascinating and tumultuous life, and there has been some speculation that she and Mozart may have had a romantic relationship. Keith, who loves literature and poetry and knows a good story when he sees it, suggested that I might like to write about her. So I went home from this voice lesson and wrote the first paragraph of a short story, and sent it to my creative writing mentor, Jim Shepard. Jim was so encouraging and inspiring that I was able to finish the story quite quickly and include it in my senior thesis. That story is called “Amato Bene” and you can still find it listed in the Williams College library catalogue. After graduation I studied singing at The Royal Conservatory of The Hague, and then enrolled in the Iowa Writers’ Workshop, where “Amato Bene” got longer and longer. Finally I had to turn it into a novel.

2. Have you discovered any new fascinating facts during your research that didn’t make it into the book?
One historical figure who compelled me was Thomas Linley the younger, sometimes called “The English Mozart.” He was a child prodigy and a brilliant composer and performer, and he and Mozart met and became warm friends in Italy when they were both fourteen. Linley drowned in a boating accident when he was just twenty-two years old, and one can only imagine the operas he might have written had he lived longer. The Linleys and Storaces moved in the same circles and in early drafts of Vienna Nocturne there were scenes between Anna and Thomas. The finished book contains just a few lines mentioning him. There are a few other references like that to people or events like that: the former slave, the man who is executed, the story of Nannerl Mozart’s marriage.

3. Sometimes writers must tweak events and facts to make their stories work. Did you change or invent anything while writing Vienna Nocturne? If so, what did you change and why?
I tried to stick to the historical timeline, though I made slight adjustments once or twice. The only major character who was entirely invented was Lidia, because it was frustrating to me to have Anna so surrounded by men. I wanted her to have a female friend.

4. What was most enjoyable, and what instead most difficult, about writing Vienna Nocturne?
The most enjoyable part was the writing itself — I loved living with these characters and thinking about them every day. I loved the moments of discovery, of finding a solution to the puzzle. The most difficult part was finding the motivation to write the first draft; to take time every day and to make it my priority, when I did not know if I would be able to finish it, or if anyone would want to read it.

5. You are also a singer. How did that influence your writing?
For me, singing and writing are facets of the same jewel — they are both concerned with the music of words and the power of the human voice. It was a pleasure for me to be able to use some of my experiences as a singer in writing about Anna.

6. Do you prefer to sing or to write?
I love them both.

7. Is Mozart your favourite composer? What do you like about him, and which of his works do you find most inspiring?
I could never name a favourite composer, or even a favourite work, but I compiled a playlist for Vienna Nocturne which you can find here: http://www.retreatbyrandomhouse.ca/2014/02/the-music-vienna-nocturne/. I love many things about Mozart — for instance, how he was able to be so inventive and daring within the constraints of the Classical style and the time in which he lived.

8. If you could invite three people, dead or alive, to dinner, who would you invite and why?
What a difficult question! I would love to meet my father’s parents, who died before I was born. My grandmother was a singer and my grandfather a sculptor and stage actor, and I’m sure we would have a lot of catching up to do. And it would be delightful to meet Mozart, of course.

9. What’s next for you?
I’m looking forward to teaching writing and singing for a few weeks in Hong Kong this summer, and singing alto the solos in Handel’s Messiah with Symphony Nova Scotia in December. I’m preparing for the fall audition season and having a lot of fun working on my second novel.

10. What advice would you give to aspiring writers?
It’s important to maintain a regular writing practice. Most writers recommend writing every day, or almost every day, at a certain time, usually first thing in the morning. Support independent bookstores. Read a lot. Don’t be too hard on yourself. Write for the love of it and don’t forget to have fun. Writing can be playful and exciting and pleasurable.

You can buy Vivien’s debut novel, Vienna Nocturne, on Amazon. Maker sure you also check out her website, Vivienshotwell.com.