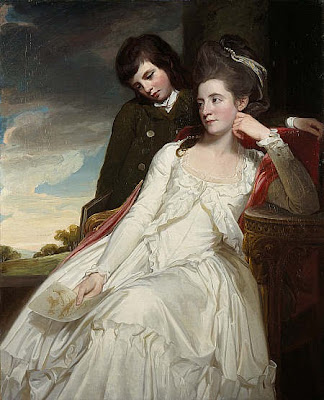 Jane, Duchess of Gordon, was the Tory version of Georgiana, Duchess of Devonshire, a devoted Whig. Both women were involved in politics and loved serving as political hostesses for their favourite party. And of course this caused them to be fierce rivals, despite the fact they had quite a lot in common.

Born in 1748 or 1749, Jane was the fourth child of Sir William Maxwell, a drunken and poor baronet, who had to sell most of his lands to pay his debts. In the meantime, his wife, Magdalene Blair, spent her time educating their daughters in Edinburgh, where they resided in a rented apartment. This was customary at the time, as it allowed the titled Scottish land owning families to give their daughters an education and, later, introduce them into Edinburgh society.

When Jane was 14, she accidentally stuck a finger from her right hand into the wheel of a cart. As it moved away, it tore her finger off! From then on, the poor girl wore gloves with a false wooden finger whenever possible. But her accident didn’t prevent Jane from being admired and having lots of suitors. She had grown into a beautiful girl and had a song written about her, Bonnie Jennie of Monreith, the Flower of Galloway. Because of it, she earned the nickname of “The Flower of Galloway”. 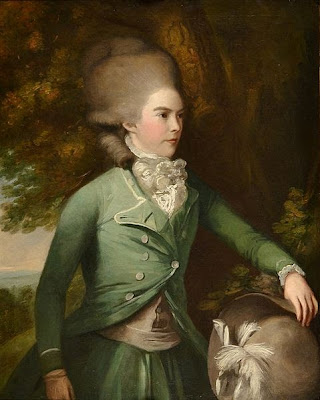 Jane had fallen in love with a soldier but sadly he was soon forced to leave with his regiment and was presumed dead in battle. So she married Alexander, Duke of Gordon instead. While the couple was on their honeymoon, Jane received a letter from her soldier, asking her to marry him. The poor girl was so overcome that she fainted. She was stuck in a loveless marriage and there was nothing she could do about it, but make the most of a bad situation.

Jane may not have loved her husband, but she loved her title and the opportunities and privileges that came with it. She threw lavish parties (she was the leading hostess in Edinburgh and was nicknamed the “Empress of fashion”), loved local dancing, fiddle and pipe music, took an interest in farming, and had several affairs, including one with William Pitt’s best friend, Henry Dundas. Her husband constantly cheated on her too and one of his mistresses gave birth to a bastard around the same time that Jane’s first son was born. Both babies were named George. She also gave birth to another son and five daughters.

In 1787, Jane and her husband moved to London. Jane was proud of her Scottish origins and her London parties often had a Scottish vibe. She made everyone dance Scottish dances, wore tartan (which was outlawed) and, of course, never lost her Scottish brogue! Although at this time promoting your Scottish roots was forbidden, Jane got away with it because King George III, whom she supported, was an admirer of hers.

Jane also involved herself in politics. Jealous of how successful the parties thrown by Georgiana for the Whigs were, she decided to do the same thing for the Tories. Her contribution to politics didn’t stop at that. Once, she kidnapped a man and kept him locked in her cellar to secure the seat for one of her friends! And if Georgiana was accused of canvassing for votes with kisses, Jane kissed men to raise an army. When the French revolutionary government declared war to Great Britain, Jane, wearing a military uniform and a highland bonnet (a large black feathered hat), toured Scotland to organize reels. Anyone who joined them, joined the army and received the payment (the King’s shilling) from between her lips! That’s how she founded the Gordon Highlanders regiment, which comprised of 940 men!

Jane was determined to arrange prestigious marriages for her children, whom she dearly loved. She married three of her daughters to Dukes. She has originally hoped to marry one of them to Empress Josephine’s son, and went to Paris to arrange it, but nothing came of it. By this time, Jane and her husband were already separated, and in 1805, finally divorced. According to the divorce settlement, Jane was entitled to a new house, capital payments, and generous annual supplements. However, the Duke had financial problems and never paid her all the money he had promised her. Jane lived the rest of her life in hotels. She died at Poultney’s Hotel, Piccadilly, London, surrounded by her children, in 1812 and was buried in her beloved Scotland.

Further reading:
An autobiographical chapter in the life of Jane, Duchess of Gordon by Jane Gordon
Georgiana, Duchess of Devonshire by Amanda Foreman