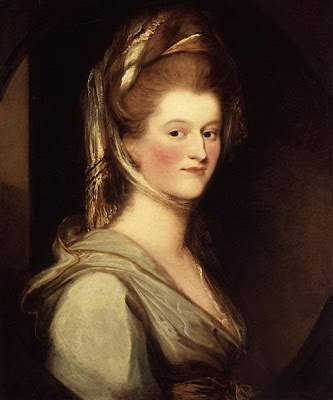 Lady Elizabeth Berkeley was born near Trafalgar Square, in the City of Westminster, on 17 December 1750. She was the third child of the 4th Earl of Berkeley. On 30 May 1767, aged only 17, she married the Honourable William Craven, who became the 6th Baron Craven two years later. But Elizabeth didn’t want to be just a boring wife whose only job was to conceive and give birth to children (she would have seven). She had a passion for writing and, throughout her life, penned several books, plays (which were often performed, and favourably received, in London), and, of course, a memoir. Her literary efforts led her to become friends with the likes of Horace Walpole and Samuel Johnson. 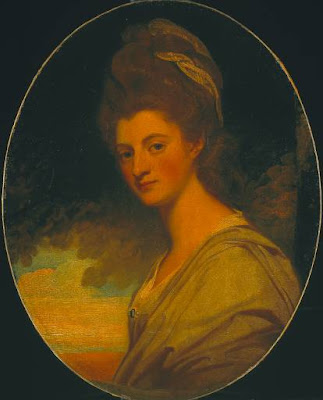 But Elizabeth didn’t want to be a boring writer either. She certainly wasn’t one of those authors who need seclusion and retirement to compose their works. No, Lady Craven was a real party girl. She went out a lot, drank, gambled and had several affairs. Her lovers included the French ambassador the Duc de Guines and Christian Friedrich Karl Alexander, the Margrave of Brandenburg-Ansbach and grandson of the King of Prussia. Eventually, it all got too much for her husband (who was no saint himself and often cheated on his wife too) and the couple divorced. While Lord Craven consoled himself by building “Craven Cottage” on what used to be Anne Boleyn’s hunting grounds, Elizabeth kept partying and writing, but this time on the continent. The result was a book titled “A Journey through the Crimea to Constantinople”. In 1791, both Elizabeth’s ex-husband and Alexander’s wife died. The two lovers didn’t lose any time to tie the knot. The couple lived in style, but, because of their scandalous past, they were ostracized by high society (she was also snubbed, among others, by King George III and Queen Marie Antoinette). 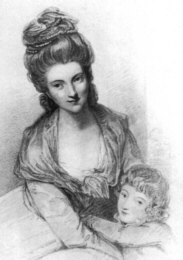 Elizabeth wasn’t even allowed to share her husband’s title and rank, although she was called Margravine in Europe. She was only granted, a couple of years after her marriage, the morganatic title of Princess Berkeley, bestowed upon her by Holy Roman Emperor Francis II. Undeterred, Elizabeth kept up her partying and writing lifestyle, and scandalized people even more by appearing at the theatre alongside Mrs Abington, on the stage! In 1806, Alexander died. Elizabeth retired to Naples in a house called Craven Villa. She died in 1828.

Further reading:
Memoirs of the margravine of Anspach