Lady Jane Grey, also known as the The Nine Days’ Queen, received a top-notch education. Her schooling, as was customary for the children of the nobility at the time, began at a very early age. At first, she was tutored, together with her sisters Katherine and Mary, by John Aylmer, a bishop and a Greek scholar. Unlike her sisters, Jane was intellectually precocious and soon showed she possessed a remarkable intelligence. Because of this, she was encouraged to study more than them.

Her lessons with Aylmer, who taught her Greek, Latin and Hebrew, took place in the mornings. In the afternoons, she was taught modern languages (French, Italian and Spanish) by Dr Harding, read the Bible or classics and received music lessons. Jane loved music and could play the harp, lute and cithern, although her parents didn’t allow her to practice as much as she would have liked. After supper, Jane usually practised needlework or was given dance lessons from a visiting master, who also taught her deportment and how to write, all things that were considered an important part of a noblewoman’s education. 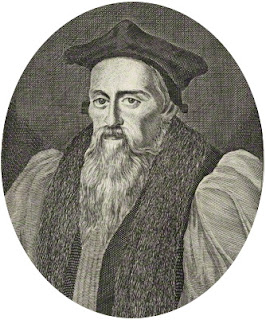 This routine was very strict and didn’t leave Jane much time to do anything else. But she enjoyed studying and, instead, disliked sports and going on hunting expeditions with her parents. When the scholar Roger Ascham, asked her, a day she had stayed inside to read Phaedon Platonis in Greek, why she hadn’t gone hunting instead, she replied: “After salutation, and dewtie done, with some other taulke, I asked her whic she wold lose such pastime in the Parke? Smiling, she answered me: I wisse all their sport in the Parke is but a shadoe to that pleasure that I find in Plato. Alas! Good folke, they never felt what trewe pleasurement.”

In the meantime, she was also imbibing the principles of the Protestant faith, to which she would remain faithful till the end of her life, from her tutor Aylmer and her father. At nine, Jane went to live with Katherine Parr, the Dowager Queen, to continue her education and learn manners and social graces. Jane also corresponded with the top scholars, humanists and reformists of her day, and was very praised by them. She was, in fact, considered a very gifted scholar by both Catholics and Protestants.